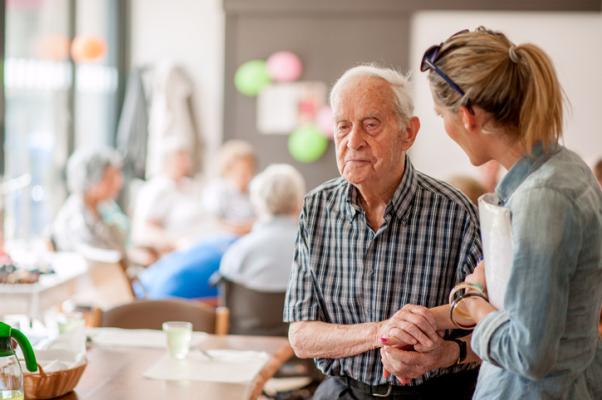 August 12, 2022 —  Older adults with atrial cardiopathy (a major, often undetected cardiac cause of stroke) may be at increased risk of developing dementia, according to new research led by Johns Hopkins Medicine.

The findings were published Aug. 10 in the Journal of the American Heart Association.

More than 55 million people live with dementia worldwide, and there are nearly 10 million new cases every year, according to the World Health Organization. Dementia is the loss of cognitive functioning — thinking, remembering and reasoning — to such an extent that it interferes with a person’s daily life and activities.

Johns Hopkins Medicine researchers studied 5,078 older adults living in four U.S. communities: Washington County, Maryland; Forsyth County, North Carolina; northwestern suburbs of Minneapolis; and Jackson, Mississippi. The participants did not have dementia when the study began. The researchers sought to determine if there was a difference in the number of people who developed dementia by comparing a group that had markers of left atrial (one chamber of the heart) dysfunction versus those who did not.

“Stroke and atrial fibrillation are two medical conditions tied to atrial cardiopathy [dysfunction of the atrium, or left upper cavity of the heart],” says study author Michelle Johansen, M.D., Ph.D., an assistant professor of neurology at the Johns Hopkins University School of Medicine and an attending physician in The Johns Hopkins Hospital’s cerebrovascular division. “We looked to see if we could find any association between the left atrium and dementia that was mediated by, or as a result of, the development of either one of these conditions.”

In the study, Johansen and her colleagues found that the prevalence of atrial cardiopathy among participants was 34%. The mean age of the participants was 75, and 59% were female adults and 21% were Black adults.

Johansen says the team looked at three markers that could be obtained from routine medical tests to measure the function of the left atrium. These include an echocardiogram (a test of the heart action using ultrasound waves to produce a visual display), an electrocardiogram (a record or display of a person’s heartbeat) and a blood marker that determines how the heart functions. Using these three tests, the team established a definition of atrial cardiopathy and then grouped participants into whether they met this definition.

She also says this is believed to be the first time this has been shown to be the case. Additionally, the team found that the effect was not mediated through either atrial fibrillation or stroke despite that these medical conditions are known to be associated with dementia.

Johansen says the study is important for people without symptomatic cardiac disease. Those with rather subtle changes in the left atrium are at an increased risk of dementia even after controlling for other vascular risk factors. In future research, the team hopes to understand the mechanism behind this association better.