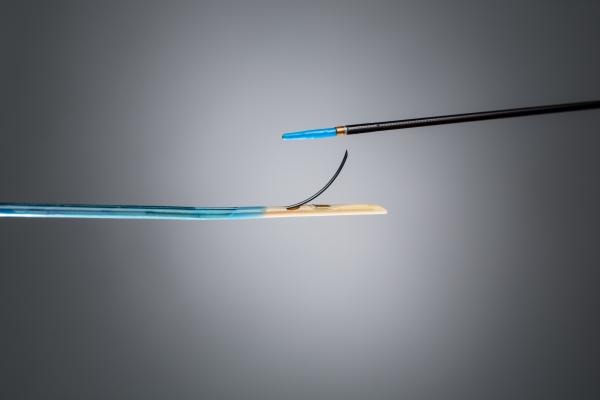 December 8, 2016 — LimFlow SA announced in November that it received the CE Mark for its fully percutaneous LimFlow System designed for venous arterialization of the lower limbs in end-stage patients at risk of limb amputation for critical limb ischemia (CLI).

CLI is the most severe form of peripheral artery disease (PAD) and often occurs in patients suffering from coronary artery disease, diabetes, obesity, high cholesterol and high blood pressure, many of which are growing health problems. Patients with CLI often experience profound, chronic pain and develop festering wounds or infections that lead to major limb amputation, an event closely associated with increased mortality and reduced quality of life. To relieve the symptoms of CLI, appropriate patients are treated with percutaneous transluminal angioplasty (PTA) or with open and complex distal bypass surgery (DBS). In many late-stage patients, neither option is feasible due to extensive disease in the target arteries or other anatomical constraints.

The LimFlow System is a novel percutaneous therapy for patients who have exhausted all current revascularization options. It is designed to promote chronic wound healing and avoid major amputation. It uses proprietary ultrasound-guided catheters and covered nitinol stents to uniquely bypass diseased arteries and divert blood flow into the tibial vein in order to vascularize the entire ischemic foot.

“Due to the ongoing epidemic of diabetes and cardiovascular disease, every year more and more patients are presenting with end-stage CLI, and the tools we have to treat them are limited,” said Steven Kum, M.D., vascular surgeon at Changi Hospital in Singapore. “The LimFlow System is a new and critically important option for patients who suffer substantially from their ischemic foot. This therapy will create a strong foundation for us as vascular specialists, working with a wound care team, to provide new hope for them.”

CLI has an incidence of 50 to 100 per 100,000 annually, and is associated with mortality rates as high as 20 percent six months after onset. Approximately 150,000 ischemic amputations occur in the United States each year,  and the total lifetime costs associated with lower extremity amputation total more than $95 billion in the U.S.

First-in-Man and CE Mark clinical studies have been completed for the LimFlow System. The initial clinical results have been presented at the Amputation Prevention Symposium (AMP) and the Vascular International Advances Annual Conference (VIVA).