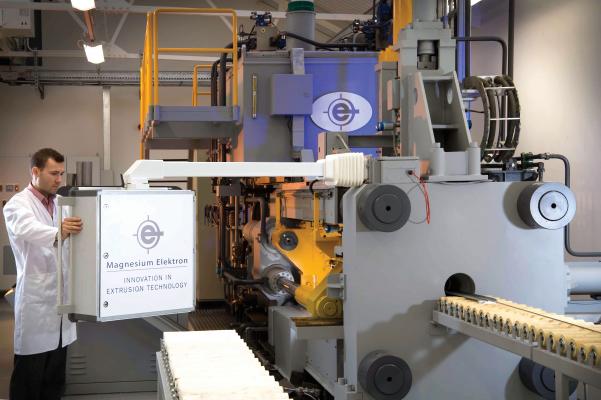 March 11, 2016 — Magnesium Elektron, developer, manufacturer and supplier of high-performance magnesium alloys, announced that Biotronik has been its partner in the development of its SynerMag bioresorbable magnesium alloys for cardiovascular application.

The two companies entered into a joint research and development program in 2006 aimed at developing a bioresorbable magnesium coronary scaffold. The ten-year research program has resulted in Elektron’s SynerMag 410 alloy system being used as the platform material in the Biotronik Magnesium Scaffold, what the company calls the world’s first clinically proven magnesium-based bioresorbable scaffold.

The latest generation Biotronik Magnesium Scaffold was clinically evaluated in the recent BIOSOLVE II study. The clinical data from BIOSOLVE II will be used to obtain CE approval for the device, and the release of the data was accompanied by publication in The Lancet.

Production of Elektron’s SynerMag 410 alloy system takes place in a new purpose-built manufacturing and testing facility in Manchester, United Kingdom. The facility, which achieved ISO 13485 approval in 2014, ensures Biotronik has a facility in its supply chain that will directly support its own production activities for the Biotronik Magnesium Scaffold.