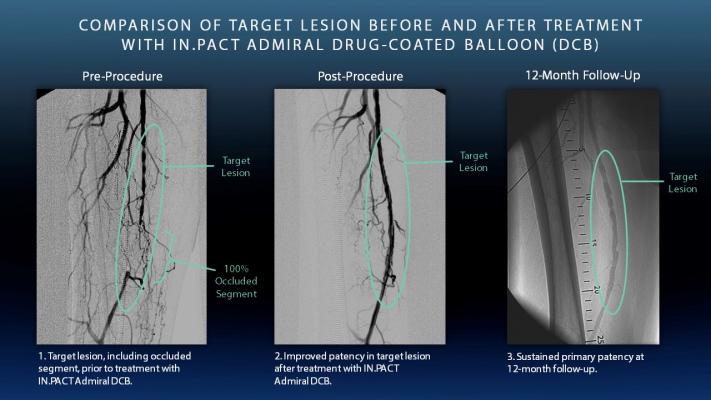 September 13, 2017 — Medtronic plc announced that the In.Pact Admiral Drug-Coated Balloon (DCB) received approval from the Japanese Ministry of Health, Labour and Welfare (MHLW) for the treatment of peripheral artery disease (PAD) in the upper leg — specifically, in the superficial femoral arteries (SFA) and popliteal arteries. Before Medtronic can begin commercialization, it must partner with Japanese MHLW to gain reimbursement to ensure broader access to the therapy.