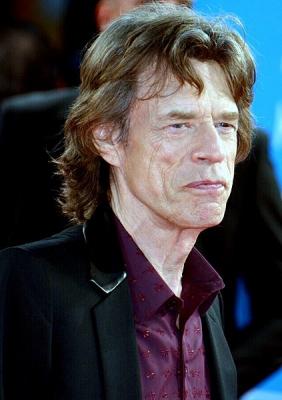 TAVR is a minimally invasive surgical procedure that repairs the valve without removing the old, damaged valve. Instead, it wedges a replacement valve into the aortic valve's place. The procedure is U.S. Food and Drug Administration (FDA)-approved for people with symptomatic aortic stenosis who are considered an intermediate- or high-risk patient for standard valve replacement surgery.

According to the American Heart Association (AHA), many heart valve problems are first identified by the presence of a “murmur” or sound that can be heard when a healthcare provider listens to the heartbeat with a stethoscope. Some murmurs are harmless, and others can indicate an underlying problem with the valve.

Murmurs may indicate valve problems including:

Once a heart valve begins to affect the heart’s ability to pump blood, it is likely to require a repair or replacement.

Usually valve replacement requires an open heart procedure with a “sternotomy,” in which the chest is surgically separated (opened) for the procedure. The TAVR or TAVI procedures can be done through very small openings that leave all the chest bones in place.

A TAVR procedure is not without risks, but it provides beneficial treatment options to people who may not have been candidates for them a few years ago while also providing the added bonus of a faster recovery in most cases. A patient's experience with a TAVR procedure may be comparable to a balloon treatment or even an angiogram in terms of down time and recovery, and will likely require a shorter hospital stay (average 3-5 days).

The TAVR procedure is performed using one of two different approaches, allowing the cardiologist or surgeon to choose which one provides the best and safest way to access the valve:

At this time the procedure is reserved for those people for whom an open heart procedure poses intermediate risk. For that reason, most people who have this procedure are in their 70s or 80 and often have other medical conditions that make them a better candidate for this type of surgery.

Wells Fargo analyst Larry Biegelsen suggested in a note to clients that news of Jagger’s procedure may provide a boost in demand and awareness for valve manufacturers. “When celebrities like Mick Jagger undergo a surgical procedure, it tends to shine a light on the underlying disease and raise awareness of the procedure itself because of the publicity it generates,” Biegelsen said in his report per Bloomberg.

In an April 5 tweet, Jagger said, “Thank you everyone for all your messages of support, I’m feeling much better now and on the mend - and also a huge thank you to all the hospital staff for doing a superb job.” The Rolling Stones postponed their planned major North American tour that was set to begin April 20 following the news of Jagger’s health issues.

Read the related article NFL Great Ed White Gets New TAVR Heart Valve at Scripps. Whiote waited several months for a valve replacxement until the FDA cleared TAVR for low risk patients in August so he would not have to undergo surgery.