The landmark study only includes small number of these patients who undergo PCI, raising questions about the data and its relation to real-world practice 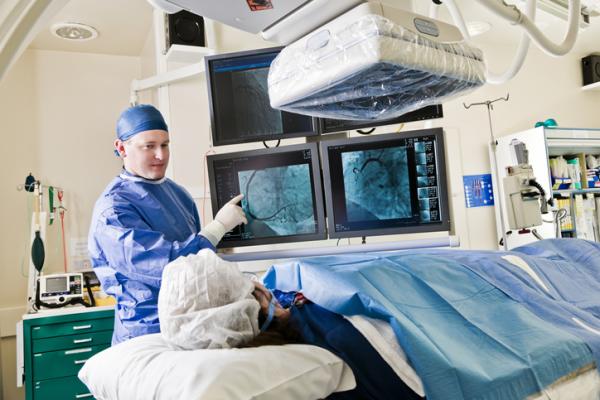 May 3, 2021 – Results from a new study find a broad range of patients who typically undergo revascularization for stable ischemic heart disease (SIHD) in the U.S. did not meet enrollment criteria for the ISCHEMIA trial. The data, which was presented as a late-breaking study at the Society for Cardiovascular Angiography and Interventions (SCAI) 2021 virtual meeting, demonstrates that only a minority of SIHD patients referred for coronary intervention in contemporary practice clearly resemble those enrolled in the ISCHEMIA trial.

Ischemic heart disease impacts more than 13 million people in the United States and is the leading cause of death and disability worldwide. Treatment for ischemia includes a variety of medical therapies as well as procedures like percutaneous coronary intervention (PCI) to open up clogged arteries and improve blood flow to the heart. The 2020 ISCHEMIA trial, which found the procedure strategy did not decrease the risk of death or heart attack compared with medical therapy alone, was widely reported and called the practice of coronary intervention and revascularization into question. The purpose of the current study was to uncover the proportion of patients undergoing PCI in the U.S. that fell into ISCHEMIA inclusion criteria.

“The ISCHEMIA trial is one of the most important studies in interventional cardiology over the last decade. While the findings are very valuable in informing our decision-making in many patients – the population enrolled does not appear representative of the broad range of patients that modern U.S. coronary interventionists encounter,” said study senior author Jay Giri, M.D., MPH, Penn Medicine.

A cross-sectional analysis of the National Cardiovascular Data Registry (NCDR) CathPCI Registry was conducted between October 2017- June 2019 (an interval representative, and inclusive of the time the ISCHEMIA trial was conducted) including more than 1,600 hospitals and 388,212 patients. Participants included patients undergoing PCI for SIHD in routine clinical practice. This SIHD population represented 42.9% of all performed PCI over the examined time period, with the majority of US PCI performed in patients with acute coronary syndromes, cardiac arrest, or cardiogenic shock. Patients who met ISCHEMIA trial inclusion criteria (SIHD, moderate to severe ischemia on functional testing, lack of high-risk anatomic or clinical features) and those who did not, were identified.

Among U.S. patients undergoing PCI for SIHD between October 2017 – June 2019, 32.3% met ISCHEMIA trial enrollment criteria. Among SIHD patients that did not meet criteria, 18.5% had SIHD with high-risk features (35.2% left main disease, 43.7% left ventricular systolic dysfunction, 16.8% end-stage renal disease), 17.3% had SIHD with negative or low-risk functional testing, and 31.9% either had no stress testing or did not have ischemic burden reported.

Compared with the other SIHD cohorts, the ISCHEMIA-like cohort had the lowest in-hospital mortality rate (0.1%), and comparable in-hospital bleeding (0.6%), and acute kidney injury requiring hemodialysis (0.04%). “Our study reveals that most patients who have intervention are not reflected in the ISCHEMIA trial,” said Saurav Chatterjee, M.D., principal investigator, cardiologist at Northwell Health. “These results help shine a light into what is truly happening in cath labs across the country, and the kinds of patients who are being referred for intervention.”

The full manuscript is under review.