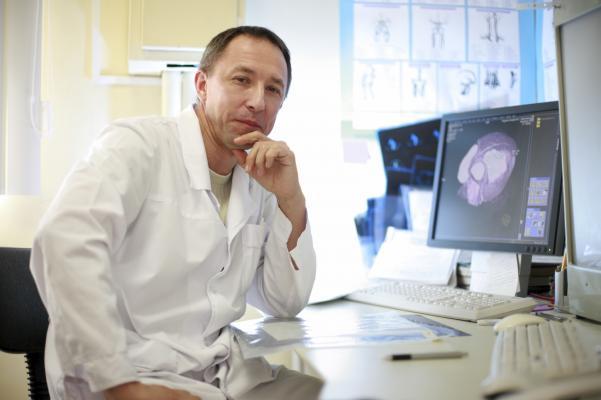 In an oral presentation as part of the “Big Trials of the Last Year” session at HFSA, Stephen Heitner, M.D., director of the HCM Clinic at Oregon Health and Science University’s Knight Cardiovascular Institute, and the lead investigator in the PIONEER-HCM study, presented new time-series plots of individual patient data on the primary endpoint, post-exercise peak left ventricular outflow tract (LVOT) gradient, and time-series plots of mean data on several additional measures, including resting LVOT gradient and resting left ventricular ejection fraction (LVEF) from baseline to week 12. Additional measures of exercise capacity, functional capacity and symptoms were also presented, as well as data on the safety profile of mavacamten.

The additional results presented by Heitner indicated that mavacamten treatment led to a meaningful reduction, in the first few weeks of treatment, in resting LVOT gradient with a less pronounced reduction in resting LVEF. The rapid reduction in LVOT gradient, observed in 9 out of 10 patients by week 2, supported the addition of a second, low-dose cohort in the PIONEER-HCM trial.

Furthermore, data following the washout period (from week 12 to week 16) were presented for the following measures: post-exercise peak LVOT gradient, resting LVOT gradient, resting LVEF, dyspnea score, NYHA Functional Class and NT-proBNP. For all of these measures, reversion towards baseline values was observed, on average across the cohort, after mavacamten therapy was discontinued.

“These data strengthen the case, initially seen with the release of the topline results, that mavacamten, by targeting the underlying biomechanical defect of the disease, can affect multiple clinically meaningful metrics that characterize the oHCM disease burden,” said Heitner. “On behalf of the investigators, I am pleased to present these additional data showing the concordant and positive effects of mavacamten, with patients feeling better and displaying improvements in exercise capacity.”

In this first patient cohort of PIONEER-HCM, 11 symptomatic, oHCM patients enrolled and 10 completed the study. Patients were treated with a 10 mg or 15 mg starting daily dose of mavacamten for 12 weeks, followed by a four-week washout phase. In this first cohort, patients were required to discontinue background therapy including beta blockers.

The following table summarizes the baseline characteristics of the 11 patients enrolled in the first cohort of PIONEER-HCM:

Impact of mavacamten on additional secondary and exploratory endpoints

MyoKardia intends to discuss the mavacamten clinical development plan in an End-of-Phase 2 meeting with the U.S. Food and Drug Administration (FDA) and seek feedback on the potential for EXPLORER-HCM, its next study of mavacamten in symptomatic oHCM, to be a pivotal study with peak VO2 as the primary endpoint. The key inclusion and exclusion criteria for EXPLORER-HCM are anticipated to be similar to those for PIONEER-HCM.