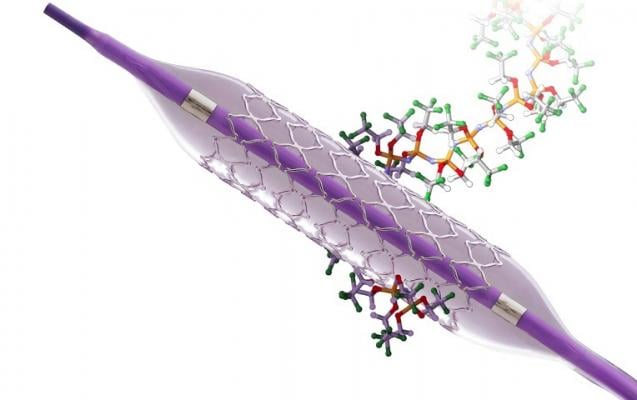 “In patients undergoing PCI for acute or chronic coronary syndromes who are receiving oral anticoagulation with or without dose reduction, stenting with Cobra PzF stents with 14 days DAPT did not reduce BARC 2-5 bleeding and did not meet non-inferiority criteria with respect to thrombotic events compared with standard DES and 3-6 months of DAPT,“ said Robert A. Byrne, MB BCh, Ph.D. Dr. Byrne is director of cardiology, Mater Private Hospital, Dublin and chair of cardiovascular research, Royal College of Surgeons in Ireland. “Treatment with the Cobra PzF stent was safe with ST rates considerably lower than those seen in earlier trials with HBR patients despite DAPT duration of only 14 days.

The COBRA-REDUCE trial was a randomized, open-label, active-controlled, assessor-blinded, multi-center trial. A total of 996 patients were enrolled between February 2016 and May 2020 at 59 sites in Europe and the United States. Patients at high bleeding risk (HBR) due to requirement for oral anticoagulation were randomized at the time of PCI to treatment with the COBRA-PzF stent followed by a very short duration (14 days) of DAPT or an FDA-approved new generation DES followed by guideline-recommended DAPT duration (three or six months).

“Ongoing follow-up and planned analysis of secondary outcomes at 12 months is needed to assess comparative efficacy of the treatment arms in relation to the study devices. Analyses of bleeding events according to medication compliance, OAC dose, and number of ARC-HBR criteria will permit examination of interaction between treatment effect, anticoagulation intensity and baseline bleeding risk,” Byrne said.