News | Antiplatelet and Anticoagulation Therapies | May 06, 2016 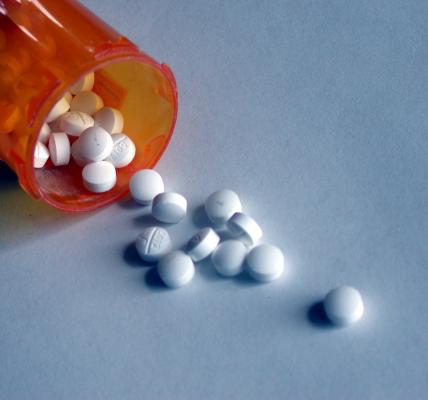 May 6, 2016 — The largest risk-directed study by a national hospital system demonstrates a 40 percent decline in bleeding events for percutaneous coronary intervention (PCI) patients and a significant reduction in pharmacy costs. This quality improvement project (QIP) study was presented as a late-breaking clinical trial at the Society for Cardiovascular Angiography and Interventions (SCAI) 2016 Scientific Sessions, May 4-7 in Orlando, Fla.

PCI opens narrow or blocked coronary arteries. While it is a common non-surgical procedure, PCI-related bleeding can result in substantial morbidity and mortality. The QIP study aimed to reduce these bleeding events by using the National Cardiovascular Data Registry (NCDR) bleeding risk calculator and applying it to evidence-based bleeding avoidance strategies, including bivalirudin use.

“We found that some centers were using bivalirudin 100 percent of the time and others were not using it at all,” said Jerome E. Granato, M.D., vice president and medical director, National Cardiovascular Service Line at Catholic Health Initiatives, and the study’s lead author. “Our goal was to determine the most appropriate time to use bivalirudin, which is why the bleeding risk calculator was so vital.”

The two-year study (2013-2015) involved 8,713 PCI procedures from 21 hospitals in 11 states with more than 200 operators. The baseline Q1 2013 risk-adjusted bleeding event rate was 6.3 percent. Researchers used the bleeding risk calculator (Q2 2014) during the intra-procedural “time-out” and, based on the score, divided patients into high, intermediate or low bleeding risk groups. Depending on the risk assessment, access site and anticoagulant use, other interventions were used at the discretion of the operator.

Over the two-year period, incidence of bleeding decreased by 40 percent (6.3 percent to 3.78 percent). In addition, the cost of bleeding complications — typically about $8,000 per patient — was reduced by approximately $1 million for the entire hospital system.

Further, data showed that when physicians conducted the bleeding risk assessment before the procedure, they not only changed the use of the drug, they also adjusted their approach, going through the wrist instead of the groin with high-risk patients.

Researchers monitored compliance by recording patients who received bivalirudin, their risk calculator scores and the percentage who fell into each risk category. That information was relayed back to the hospitals and resulted in greater adherence to the process.

“Our results showed that in a very large patient population and an expansive health system, we were able to change behaviors that resulted in better patient care and significant financial savings,” noted Granato. “We believe this process could easily be adopted by other health systems.”

The authors reported no disclosures. Catholic Health Initiatives has received an unrestricted educational grant from the Medicines Company.