Analysis of more than 15,000 heart attack patients finds hospitals achieved survival rates up to 75 percent with implantation of Impella pump before any other intervention 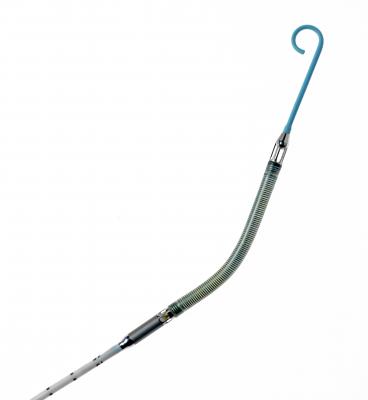 April 3, 2017 — Hospitals can dramatically increase heart attack survival rates in patients suffering cardiogenic shock by providing rapid hemodynamic support before treating the cause of a heart attack, according to a new analysis that included more than 15,000 patients across the United States.

“This shows that if you can apply these best practices systematically, you can dramatically increase survival in cardiogenic shock,” said O’Neill, who presented the analysis at the American College of Cardiology’s Scientific Sessions, March 17-19 in Washington, D.C., offering to train other centers in the life-saving approach. “We believe the protocol can benefit patients nationwide.”

Cardiogenic shock is a complication of heart attacks that affects approximately 5-8 percent of patients in the United States annually. In these patients, the pump function of the heart is severely depressed, causing low blood pressure and vital organs to be deprived of sufficient blood supply. Despite contemporary treatments, an average of about 50 percent of patients experiencing the condition die.

The analysis looked at the use of the Impella, a straw-sized pump approved by the U.S. Food and Drug Administration (FDA) in 2008 and specifically for treatment of cardiogenic shock in 2016. The pump is inserted through a catheter in the groin and into the heart to keep blood pumping throughout the body. Doctors use it while they are treating the cause of a heart attack, either by inserting a stent, removing a clot or taking other necessary action while the tiny pump supports circulation.

The analysis retroactively looked at data collected by Abiomed, the pump’s manufacturer, in 15,529 patients – 72 percent men and an average age of 63 – treated between 2009 and 2017.

“There was a huge variation in outcomes between the centers, between the lowest performing and highest performing centers,” said O’Neill. “It looked as though putting the Impella in soon, before you do anything else, is connected to survival.”

“Some of these breakthroughs are so straightforward, you wonder, why didn’t we think of it before?” said O’Neill. “We believe this approach can benefit patients nationwide.”

“Cardiologists have been trying to move the needle on heart attack survival rate for years; this is a huge success,” said Thomas Lalonde, M.D., chief of cardiology at St. John Hospital in Detroit.

Key to the protocol is medical personnel recognizing cardiogenic shock in patients as soon as possible, O’Neill added.

“If they think the patient needs medication to raise the blood pressure, that’s when they should be thinking, ‘Get them someplace where they can get a pump implanted,’” said O’Neill, who intends to help other hospital systems across the United States implement the protocols.