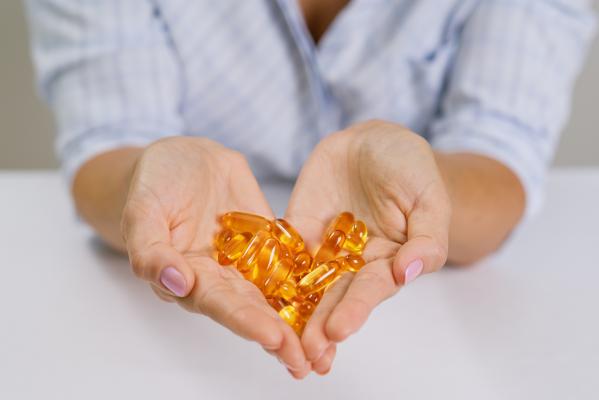 November 17, 2020 — A daily dose of omega-3 fatty acids did not reduce the risk of cardiac events, including secondary heart attack, stroke, bypass surgery or death, among elderly people who had survived a recent heart attack, according to late-breaking research presented at the 2020 American Heart Association (AHA) Scientific Sessions this week.

The manuscript of this study is simultaneously published in Circulation, journal of the American Heart Association.[1]

“This study focused on a particularly vulnerable patient group, in this case elderly patients with recent cardiovascular disease and a high load of risk factors, where the effects of preventive measures are usually the most prominent,” said Are A. Kalstad, M.D., a principal investigator of the study, and a researcher at the Center for Clinical Research at Oslo University Hospital in Oslo, Norway. “The fact that no indication of any impact from the omega-3 fatty acids were found in this group, along with the results of other recent neutral trials, suggests that omega-3 supplements are ineffective for cardiovascular prevention.”

The study included more than 1,000 patients (ages 70 to 82, mostly white, 29% women) who had all been hospitalized due to a heart attack within the previous two months. Most participants (97%) were taking cholesterol-lowering medications (statins), and most (86%) were on two blood thinner medications. Researchers randomly assigned half of the participants to receive an omega-3 fatty acids oral supplement daily and half to receive a placebo capsule of corn oil daily.

After 2 years of follow-up, researchers analyzed the number of cardiac events in each group, including heart attacks, strokes, revascularization (bypass surgery or angioplasty), hospitalizations for heart failure or deaths. The data indicates no difference in the rate of cardiac events between the two groups – about 20% for both groups.

Additionally, the researchers found no statistical differences between the omega-3 group and the patients taking the placebo when they examined subgroups of patients divided by age, gender, diabetes status, kidney function and triglyceride levels. Furthermore, the secondary endpoint of the study was new atrial fibrillation, which occurred in almost twice as many in the study’s omega-3 group compared to the placebo group, 7.2 vs. 4%, respectively, although the numbers were too small to be of statistical significance.

The work was supported by grants from Stein Erik Hagen Foundation for Clinical Heart Research, the Olav Thons Foundation and the Tom Wilhelmsen Foundation, all in Oslo, Norway. The grants were unrestricted, and the foundations did not have any input impact on any part of the study, i.e. data collection, analysis and interpretation of data or in writing the manuscript. Study medication and placebo were sponsored by Orkla Health, Oslo, Norway, which also had input on any part of the study.