One-Year Results of the DISAPEAR Registry Positive for Absorb Stent 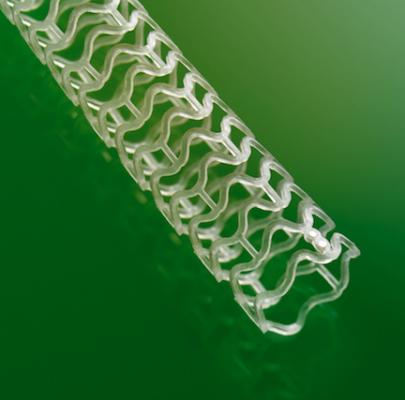 The Abbott Absorb BVS has demonstrated favorable short- and medium-term results in below-the-knee vessels in patients with CLTI or claudication. The DISAPEAR registry aimed to evaluate the safety and effectiveness of the Absorb BVS in an Asian cohort exclusively with CLTI.

Forty-one patients (41 limbs) with 53 lesions were treated with 69 scaffolds during the study period. About 90 percent of the patients had diabetes, 59 percent had ischemic heart disease, 12 percent had dialysis-dependent renal failure, and 93 percent had Rutherford category 5/6 ischemia with tissue loss.

Technical success was achieved in all patients. The mean lesion length was 22.7 ± 17.2 mm. Twenty-four percent of lesions were classified as severely calcified according to the PARC classification. The primary patency rates at 6 and 12 months were 95 percent and 86 percent, respectively. The corresponding rates of freedom from CD-TLR were 98 percent and 93 percent. Freedom from major amputation was 98 percent at both time points and amputation-free survival was 93 percent and 85 percent at 6 months and 1 year after the index procedure. Complete wound healing occurred in 79.5 percent of patients with Rutherford 5 and 6 ischemia by the end of 12 months after the index procedure. There were no deaths within 30 days of the index intervention.