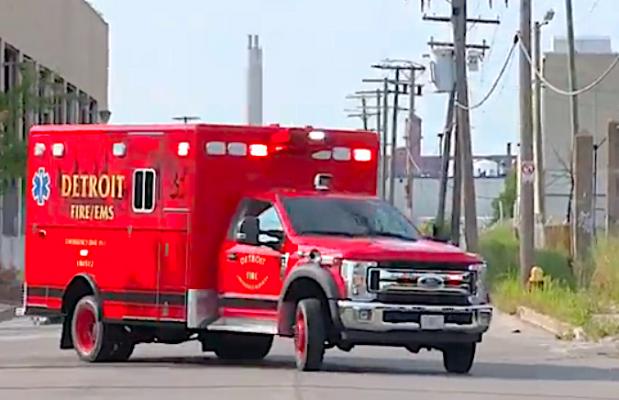 April 2, 2020 — Among patients who had an out-of-hospital cardiac arrest, intravenous sodium nitrite given by paramedics during resuscitation did not significantly improve their chances of being admitted to or discharged from the hospital alive, according to a late-breaking study at the American College of Cardiology (ACC) 2020 Annual Scientific.

It is estimated that more than 400,000 people in the U.S. have out-of-hospital cardiac arrest each year. Cardiopulmonary resuscitation (CPR) and early defibrillation by administering an electric shock to the heart to restore its rhythm to normal are the only treatments that have been shown to improve survival after a sudden cardiac arrest (SCA). SCA is fatal in over 80 percent of cases. To date, no new medications have been shown to improve long-term survival in people who have had a cardiac arrest, said Francis Kim, M.D., professor of medicine at the University of Washington in Seattle and the study’s lead author.

Kim and his research team were hoping sodium nitrite (NaNO2), a salt best known for being used to cure meats like ham and bacon, might yield a new option. Sodium nitrate is also an antioxidant that is added to prepared foods to prevent spoilage and has been used by paramedics and emergency room physicians to treat cyanide poisoning. Findings from animal studies suggested that when blood flow and, in turn, delivery of oxygen to the heart is blocked, the body can convert sodium nitrite into nitric oxide, a gas that relaxes the blood vessels and increases blood flow to the brain and heart tissues. In animal models of cardiac arrest, the use of sodium nitrite during resuscitation increased survival by almost 50 percent. In a previous first-in-humans study, Kim and his research team found that intravenous sodium nitrite could be safely given to out-of-hospital cardiac arrest patients by paramedics.

The goal of the current study was to determine whether an injection of sodium nitrite given during resuscitation for an out-of-hospital cardiac arrest could increase the number of patients who were admitted to or discharged from the hospital alive.

In the study, 1,502 patients who had an out-of-hospital cardiac arrest were randomly assigned to receive either a low dose or a high dose of sodium nitrite or a placebo. The drug was in an unmarked syringe and injected by a paramedic during active resuscitation in the field. Neither the paramedics, the hospital emergency room staff or anyone else involved in the patients’ care knew which patients had received sodium nitrite and which had received the placebo. Since the patient was unconscious and since sodium nitrite should be given as soon as possible after the heart stops, informed consent was not possible. Kim said that under these emergency conditions and under FDA guidance they were allowed to give sodium nitrite or placebo without formal consent.

Patients’ average age was around 64 years and 66% were male. They had had one of three types of cardiac arrest: ventricular fibrillation (22%), asystole (43%) or pulseless electrical activity (29%). The primary endpoint was the proportion of patients who survived to hospital admission and the secondary endpoint was the proportion who survived to hospital discharge. Safety data were also collected to determine whether sodium nitrite had harmful effects on blood pressure.

This study was funded by the National Heart, Lung, and Blood Institute.