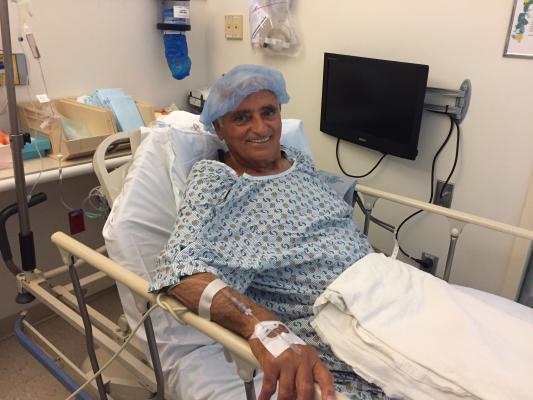 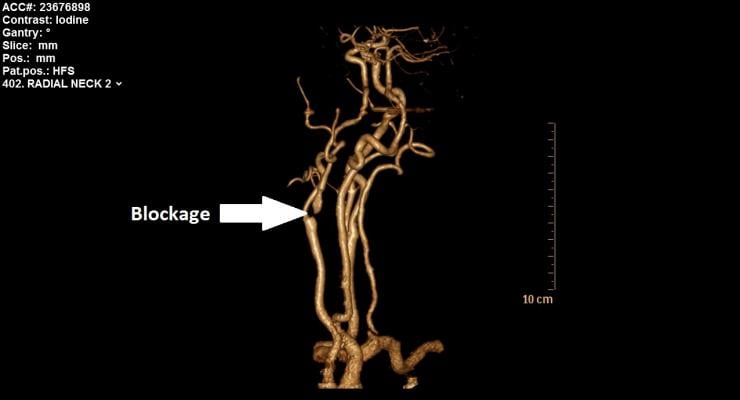 October 16, 2019 — Health and wellness screenings are more than just nice events for the community – they can save lives. A Mentor, Ohio, man learned this first-hand while attending Family Health and Safety Day at University Hospitals Concord Health Center in Painesville, Ohio.

On July 27, 2019, 79-year-old Tony Marovic visited the “Ask a Doc” table at the event. Marovic spoke with Donald DeCarlo, M.D., MBA, president, UH Geauga Medical Center. DeCarlo became concerned when Marovic complained of numbness and weakness in his legs — signs of major cardiovascular disease. He personally walked Marovic to Concord’s carotid and lower vascular screening area. Without an appointment Marovic received two screenings, one of which showed a critical measurement for occlusion of his carotid artery. It was discovered he had a 95 percent blockage.

“Tony’s symptoms concerned me,” said DeCarlo. “He was heading toward a serious neurologic event. The screening prevented him from potential neurological impairment,” he said of the save.

Soon after, Marovic had surgery at UH Geauga Medical Center. Michael Brown, DO, chief of vascular surgery at UH Geauga, performed a right carotid endarterectomy. Brown opened the carotid artery with a surgical incision and manually removed the plaque blocking the artery.

“While the identification of the carotid artery narrowing at the community screening was crucial to preventing a possible stroke, it was the quick response of the whole team in getting him into the OR in a timely manner for resolution,” said Brown. “It is a team effort that allows us to have success stories like this and this is the approach we take with all of our patients.”

Marovic is a retired machinist who now spends his days playing golf and corn hole.

“I’m never bored. I’m always busy. I felt good before and didn’t sense that I had problems,” he said.

He looks forward to continuing his active lifestyle thanks to the care he received at UH.