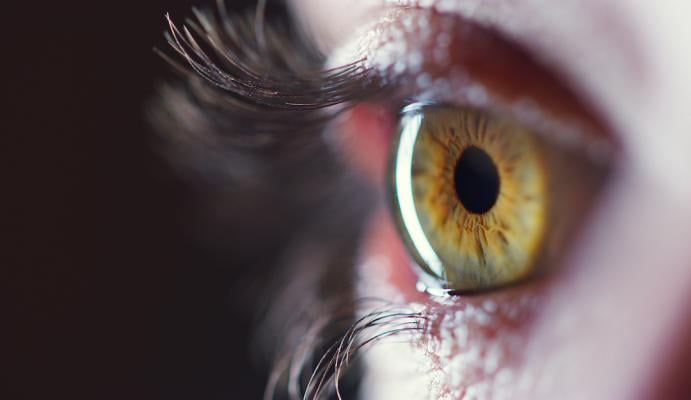 August 17, 2020 — Pupil size predicts death and hospital readmission in patients with heart failure, according to research recently published in the ESC Heart Failure, a journal of the European Society of Cardiology (ESC).[1]

“Our results suggest that pupil area is a novel way to identify heart patients at elevated risk of death or hospital readmission,” said study author Dr. Kohei Nozaki of Kitasato University Hospital, Kanagawa, Japan. “This provides an opportunity to intervene and improve outlook.”

Around 26 million people worldwide currently live with heart failure. It is a life-threatening condition in which the heart is unable to pump enough blood to meet the body’s needs. Symptoms include shortness of breath, swollen limbs and fatigue. Up to 45% of patients admitted to hospital with heart failure die within one year of admission and the majority die within five years of admission.[2]

“Finding better ways to pinpoint which patients are more likely to be readmitted or die is crucial,” Nozaki explained.

One of the causes of worsening heart failure is disturbed function of the body’s autonomic system, which controls heart rate, digestion, respiration, and so on. Autonomic function is typically evaluated by measuring changes in heart rate. However, this method is ineffective in patients with a heart rhythm disorder called atrial fibrillation, which is common in those with heart failure.

Pupil area is another way to assess autonomic function and has been used in patients with Parkinson’s disease and diabetes. This study examined whether pupil area could predict prognosis in patients with heart failure.

The study was conducted in 870 patients hospitalised for acute heart failure in 2012 to 2017. The average age was 67 years and 37% were women. Pupil area was measured in both eyes at least seven days after hospital admission. For the test, patients put on goggles, waited five minutes for their eyes to adapt to the dark, then photos were taken of the eyes. Patients were tested at a standard time (between 09:00 and 12:00) since the autonomic system is affected by time of day.

After adjusting for other factors that could affect prognosis such as body mass index (BMI) and kidney function, patients with a small pupil area had an 28% lower risk of all-cause mortality and an 18% reduced risk of readmission due to heart failure compared to patients with a large pupil area.

Large pupil area was consistently linked with favourable survival regardless of age, sex, and the presence of either normal heart rhythm or atrial fibrillation.

“Pupil area can be obtained rapidly, easily, and non-invasively," Nozaki said. "Our study indicates that it could be used in daily clinical practice to predict prognosis in patients with heart failure, including those who also have atrial fibrillation. Patients with a small pupil area (e.g. less than 16.6 mm2) could be prioritised for cardiac rehabilitation with physical activity, which has been reported to improve autonomic function.”

Nozaki noted that pupil area cannot be used in patients with severe retinopathy or other eye diseases.