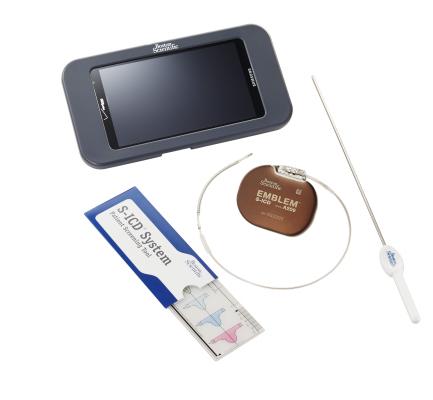 May 16, 2018 — Boston Scientific announced results from an analysis of the LATITUDE database evaluating the successful reduction of inappropriate shocks using the Smart Pass sensing filter with the Emblem Subcutaneous Implantable Defibrillator (S-ICD) System. The real-world data were presented during a late-breaking clinical trial at Heart Rhythm 2018, the Heart Rhythm Society's 39th Annual Scientific Sessions, May 9-12 in Boston. The results demonstrated that when the sensing filter was in use, the rate of inappropriate shocks was reduced to 4.3 percent at one year.

The analysis was also published online in the Heart Rhythm Journal.[1]

"The study data validate the clinical benefit of this sensing methodology to significantly reduce inappropriate shocks by the S-ICD," said Tom F. Brouwer, M.D., presenting author, Department of Clinical and Experimental Cardiology, Academic Medical Center, University of Amsterdam, The Netherlands. "At one year, the inappropriate shock rate for patients with the Smart Pass filter in use was as low as rates observed in studies with transvenous implantable cardioverter-defibrillators employing modern programming strategies."

The prospective, blinded evaluation reviewed one year of remote monitoring data from 1,984 patients implanted with an Emblem S-ICD System between 2015 and 2016.

The S-ICD was included for the first time in recently updated guidelines from the American Heart Association (AHA), the American College of Cardiology (ACC) and the Heart Rhythm Society (HRS), which recommend the device for the treatment of patients with ventricular arrhythmias and the prevention of sudden cardiac death.1