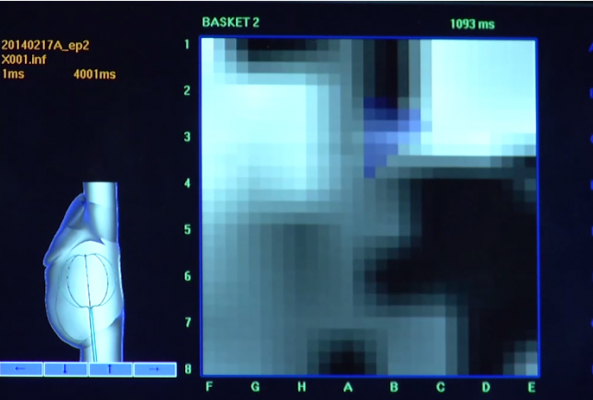 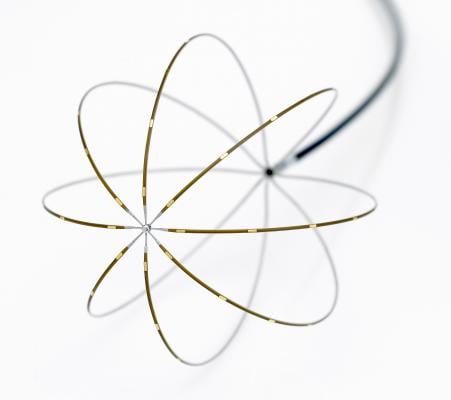 Catheter ablation is the cornerstone of therapy for drug refractory symptomatic persistent atrial fibrillation (PersAF). The exact pathophysiology of how pulmonary vein (PV) triggers initiate and/or maintain episodes of AF has been elusive. Previous work has shown higher acute and long-term efficacy with the addition of Focal Impulse and Rotor Modulated (FIRM)-guided ablation in AF patients.

The REAFFIRM Trial included 375 patients enrolled and randomized at 18 centers. The intent to treat (ITT) population consisted of 350 patients (25 patients with no catheter inserted were excluded), 171 in the FIRM arm and 179 in the conventional arm. Patients were followed for 12 months. Primary effectiveness was defined using dual endpoints: Single procedure freedom from AF/AT recurrence at 3 months or single procedure freedom from AF/AT recurrence from 3-12 months, after the initial ablation procedure.

Additional ablation beyond PVI was at physician discretion, not controlled for and represented nearly half of patients in the study, said presenter Prof. Johannes Brachmann, director for cardiology and angiology, Regiomed Kliniken, Coburg, Germany. He said effectiveness in both arms was higher than historically reported success rates, but this improvement may be related to higher operator experience, new technologies and different patient populations. Safety and efficacy of catheter ablation in the study proved the excellent performance of catheter ablation in this patient population.

A total of 324 patients (165 FIRM, 159 conventional) completed the 12-month follow-up. All baseline parameters were equally distributed except for a small, but significantly (P <0.01) larger LA diameter in the FIRM arm. Ablation was limited to PVI only in 51% (91/177) of conventional patients and 59% (96/164) of FIRM-guided +PVI patients. Primary effectiveness (ITT population) showed no significant difference between arms. Single procedure freedom of AF/AT recurrence from 3-12 months was 69.3% (115/166) in the FIRM group and 67.5% (110/163) in the conventional group (P = 0.96). There was no significant difference at either the seven-day or 12-month safety endpoints. Ablation procedure time was comparable and the percentage of repeat procedures did not differ significantly.

Meeting the Treatment Demands of a Growing AFib Epidemic