Lesser was trained as an interventional cardiologist, but became interested in cardiac image and CT 20 years ago, leading him to become one of the top experts in the field.

He said cardiac CT appeared to be a great tool, but lacked clinical study evidence. He, along with several other luminaries, worked with SCCT to help gather that clinical data over the past two decades.

“In 2008, the field of cardiac CT was really at a crossroads," Lesser said. “We had pretty pictures, but very little real evidence that these were useful. This led to a concentrated effort in evidence development led by doctors  Budoff, Berman, Shaw, Min and Cury. It als led to the accuracy of information with chronic coronary artery disease, a lot of information about prevention, use in the emergency department, understanding valvular disease, physiology in CT, and finally the use of large registries that created information that we would never be able to get otherwise.”

Lesser said cardiac CT is now the platform for the clinical cardiology-CV radiology hybrid physician. Lesser explained this has led to a new level of collaboration where the specialties, and radiology and cardiology, come together and can move beyond the single silo thinking of specific imaging modalities. SCCT members today now are nearly evenly split between radiologists and cardiologists, and among its key opion leaders are those who are considered luminaries in MRI, cardiac ultrasound and nuclear imaging.

“This has allowed us to overcome the tribal thinking limited by a specific technique and background,” Lesser said. “You might see that in nuclear, echo, MR and globally in radiology and cardiology.”

While radiology and cardiology oftentimes appeared to be in competition years ago and there were turf wars, today he said SCCT and cardiac CT have helped become a middle ground to collaborate. 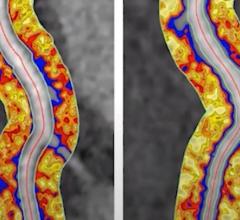