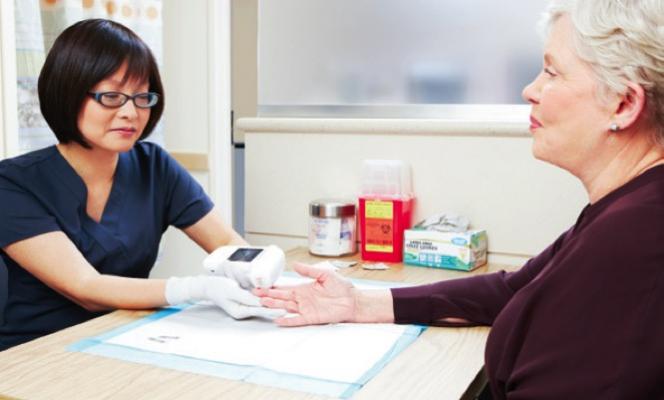 November 6, 2017 —  The first trial to evaluate the safety of dual antiplatelet therapy (DAPT) for less than 12 months in ST-elevation myocardial infarction (STEMI) found six months of DAPT was non-inferior to 12 months among patients treated with second-generation drug-eluting stents (DES).

International guidelines recommend 12 months of DAPT for STEMI patients after primary peructaneous coronary intervention (PCI) with DES due to ongoing atherothrombotic risk. While longer duration DAPT therapy reduces the risk of ischemic events, it is also associated with a higher risk of major bleeding that can sometimes be fatal. Second-generation DES have a lower stent thrombosis risk than their predecessors, questioning the need for an extended duration of DAPT.

DAPT STEMI was a prospective, randomized trial designed to evaluate whether six months of DAPT was non-inferior to 12 months in event-free patients at six-month follow-up after primary PCI. The study enrolled 1,100 STEMI patients who underwent primary PCI with a second-generation zotarolimus-eluting stent. Those who were event-free at six months and agreed to continue with the study (N=870) were randomized to single antiplatelet therapy (SAPT, N=433) or DAPT (N=437). Baseline and procedural characteristics were similar in both arms.

“For the first time in the modern DES era, this trial indicates that STEMI patients, similar to stable angina patients, may not benefit from prolonged DAPT therapy beyond six months as currently recommended,” said Elvin Kedhi, M.D., Ph.D., head of the Interventional Cardiology and Clinical Research and Innovation at Isala Hartcentrum in Zwolle, The Netherlands. “This sets the stage for further dedicated research on this important topic.”