The findings were reported in a late-breaking presentation at the American Heart Association Scientific Sessions 2019 by Dr. Christie Ballantyne, professor of medicine and chief of the section of cardiology at Baylor College of Medicine 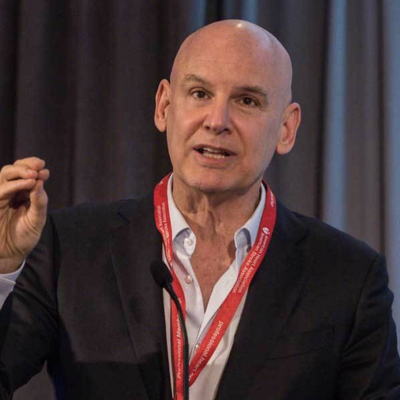 December 30, 2019 — A drug therapy targeting the production of a protein produced by the liver has led to sustained and significant reductions in triglyceride levels using low dosages. The findings were recently reported in a late-breaking presentation at the American Heart Association Scientific Sessions 2019 by Dr. Christie Ballantyne, professor of medicine and chief of the section of cardiology at Baylor College of Medicine.

“A small interference RNA (siRNA) therapy that blocks the production of a protein known as APOC3 resulted in lower levels of triglycerides,” Ballantyne said. “What was most exciting was that we found that even the lowest dose of a single injection of 10 mg had sustained benefits lasting up to four months.”

It looks promising to potentially have a treatment at low dosages that can be given infrequently for those with hard-to-treat, high-triglyceride levels who require multiple medications daily, he said.

For this study, researchers used a single dose in healthy participants, some receiving 10 mg and others at increasing levels up to 100 mg.

“Another interesting result we found was that once you reached 25 mg you didn’t see much of a difference in effects on triglycerides if you went to higher dosages,” Ballantyne said. “Since we are directly targeting the liver with this agent and because of where APOC3 is produced and the mechanism of action, we see a sustained benefit from lower dosages.”

Not only was there a reduction in triglycerides, but there also was a reduction in VLDL cholesterol and LDL cholesterol as well as an increase in HDL cholesterol. While this phase of the study focused on the safety and tolerability of this therapy – there were no serious or severe side effects reported – the next phase and future studies will look into results of multiple dosages and the efficacy in patients with very high triglycerides, including severe genetic disorders such as familial chylomicronemia syndrome.

“Nothing will replace the need for a healthy diet and exercise, but this therapy could make it easier to prevent pancreatitis and also to control the risk for heart attack, stroke and other cardiovascular health risks,” Ballantyne said.

The study is funded by Arrowhead Pharmaceuticals.