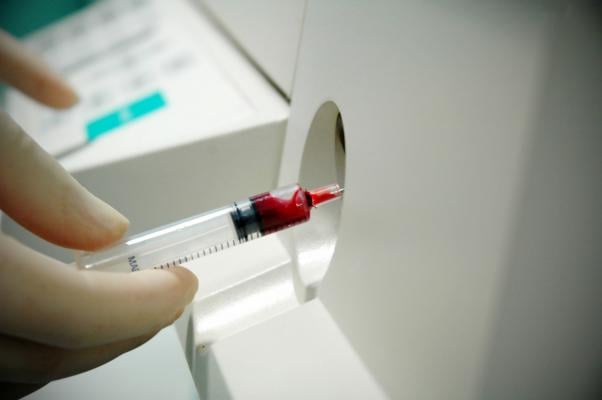 March 19, 2015 — According to an abstract presented at the American College of Cardiology (ACC) Scientific Sessions in San Diego, elevated levels of the cardiac biomarker ST2 were associated with an increased risk of adverse events in hospitalized heart failure patients.

Authors of the abstract (“Prognostic Value of Baseline and Changes in Circulating Soluble ST2 Levels and the Effects of Nesiritide in Acute Decompensated Heart Failure”) include W.H. Wilson Tang of Cleveland Clinic, and Michael Felker and Christopher O’Connor of Duke University Medical Center and Duke Clinical Research Institute. Critical Diagnostics reported on the presentation.

Part of a large multinational, multi-center, prospective randomized study (ASCEND-HF) of hospitalized patients with acute decompensated heart failure, this 858-patient cohort showed higher levels of ST2 were associated with increased risk of death. Moreover, patients whose ST2 levels failed to drop within 48 to 72 hours were more than two-and-a-half times as likely to die, compared to those whose ST2 levels dropped.

When implemented correctly, though, intensive disease management programs have been demonstrated to reduce 30-day rehospitalization and mortality rates, but correct identification of those most likely to benefit from such intervention is challenging. Consequently, broadly implemented disease management programs have not provided a cost effective reduction in rehospitalization rates. Since hospitals don’t have the ability to monitor all discharged patients, using ST2 allows for the risk stratification of these patients, thus enabling more focused management for those that need it most, while keeping costs in check.

A 2013 study from Basel Switzerland and Brigham and Women's Hospital and Harvard Medical School demonstrated ST2 values accurately predict heart failure event risk in hospitalized heart failure patients. Levels of ST2 were measured at presentation to the emergency department and after 48 hours in 207 patients with acute heart failure. In univariate analysis the percentage change of ST2 over the first 48 hours significantly predicted long-term mortality.

Shannon M. Dunlay, M.D., and Allan S. Jaffe, M.D., of Mayo Clinic, published a paper in 2013 in Clinical Chemistry titled, “Are Biomarkers the Answer to the Heart Failure Readmissions Problem?” In it, ST2 was declared to be “the most potent predictor of rehospitalization of all biomarkers assessed.” And, notably, it demonstrated that serial changes in ST2 were superior to both BNP and troponin — the two most-often used cardiac biomarkers — in the prediction of adverse events in otherwise stable chronic heart failure patients.

As the paper pointed out, the use of BNP was “no better than a flip of a coin” in predicting hospital readmissions, and therefore was no help in addressing this healthcare dilemma. Furthermore, the wide biological variation of BNP — which is affected by such confounding factors as age, body mass index, renal failure, smoking and other comorbidities common to heart failure patients — means “marked changes are necessary with BNP measures to be sure they are not simply due to spontaneous variation.” ST2 is not affected by these confounding factors.

In another paper published last year by Lori Daniels, M.D., and Tony Bayes-Genis, M.D., titled, “Using ST2 in Cardiovascular Patients: A Review” in Future Cardiology, a specific recommendation made is that “serial ST2 levels can be used to identify ‘ST2 nonresponders,’ or individuals whose ST2 levels fail to drop at least 15–25 percent within 2 weeks after an acute heart failure exacerbation. Such individuals are at increased risk for adverse outcomes.”