The study took a broad view of cardiovascular clinical trials conducted from 2010 to 2019 and assessed whether female-led studies varied by funding type and subject. 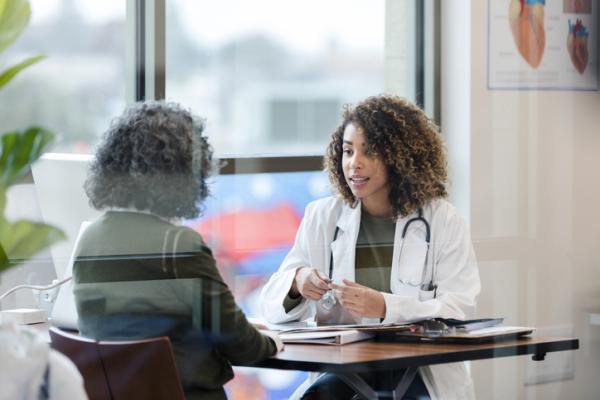 March 25, 2022 – Despite recent efforts to improve women’s leadership in cardiovascular clinical trial research over the last decade, the number of female principal investigators (PIs) still falls well below the number of males leading similar heart studies, according to a study presented at the American College of Cardiology’s 71st Annual Scientific Session.

“I was rather surprised that despite efforts to improve female representation in clinical trial leadership, there was barely an increase in recent years,” said Aashna Suvarna, an undergraduate studying molecular and cellular biology at UC Berkeley in California and a study author. “This confirms how much more work we have to do here.”

The study took a broad view of cardiovascular clinical trials conducted from 2010 to 2019 and assessed whether female-led studies varied by funding type and subject. Overall, the proportion of female PIs did not significantly change over the 10-year period.

For the analysis, Suvarna and team conducted a consecutive review of 620 cardiovascular National Institutes of Health (NIH) and industry or pharmaceutical-funded studies on ClinicalTrials.gov.

Of these, only about 1 in 5 studies (18.4%) were led by a female PI. Compared with their male counterparts, female PIs led fewer drug and device trials—18.9% of new drug research and 9.6% of device trials. Women were more likely to lead “other investigations,” which included behavioral, surgery or rehabilitation studies. Women were also more likely to lead trials funded by the NIH rather than industry sponsors, 28.9% vs. 14.7%, respectively.

Heart disease is one of the leading causes of death among women in the U.S., representing about 1 in 5 deaths, but women often experience heart disease differently than men. For example, women often have atypical heart attack symptoms. In addition to the classic gripping chest pain, women may also present with neck, jaw, shoulder, upper back or abdominal discomfort, shortness of breath, pain in one or both arms, nausea or vomiting, or unusual fatigue, among others.

While there have been government-based initiatives and efforts by the NIH to improve the representation of females in clinical research, there are no standardized efforts in industry to achieve those same goals, Suvarna said. The researchers hope the findings of this study will encourage a renewed effort to increase both female PIs in cardiovascular trials and female patient enrollment.

“At the end of the day, regardless of funding source, whatever we can do to improve representation of women in our trials will translate into more impactful clinical trial results,” Suvarna said. “The association between the sex of the PI and the proportion of females recruited suggest a potential strategy for enrolling more females in clinical trials.”

In 2022, the American College of Cardiology launched Clinical Trials Research: Upping Your Game, a program intended to increase the number of individuals historically underrepresented in cardiology who serve as leaders in cardiovascular clinical trials research, including women, African Americans, Native Americans and Hispanics. For more information, visit ACC.org/CTR2020.