Penn study finds African American women present with even worse symptoms and take twice as long to recover from peripartum cardiomyopathy as compared to white, Hispanic and Asian women 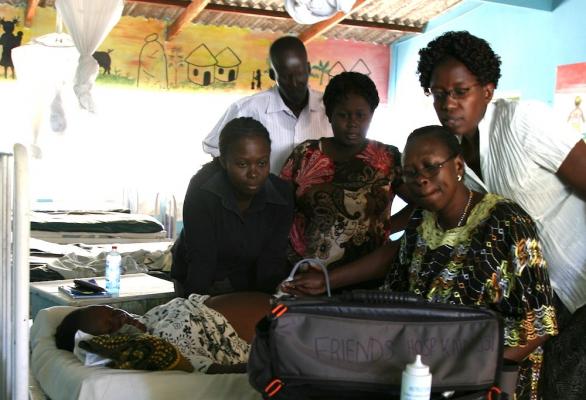 October 19, 2017 — African American women were found to be twice as likely to be diagnosed with peripartum cardiomyopathy as compared to women of Caucasian, Hispanic/Latina, Asian and other ethnic backgrounds, according to a new study. The study, the largest of its kind, was published in JAMA Cardiology by researchers from the Perelman school of Medicine at the University of Pennsylvania.

Peripartum cardiomyopathy (PPCM), a form of heart failure that occurs in the last month of pregnancy or up to five months following delivery, can be life-threatening. The new study is the first to pinpoint racial disparities associated with severity and effects of the condition.

“Not only are African American women at twice the risk, but in this study we found they also took twice as long to recover, they were twice as likely to worsen before getting better after diagnosis, and they were twice as likely to fail to recover altogether, meaning their heart failure persisted for months following delivery,” said senior author Zoltan Arany, M.D., Ph.D., an associate professor of cardiovascular medicine and director of the Cardiovascular Metabolism Program.

In this retrospective study, researchers evaluated the electronic medical records of 220 patients who had been diagnosed with PPCM or heart failure between January 1986 and December 2016 at the Hospital of the University of Pennsylvania, Pennsylvania Hospital and Penn Presbyterian Medical Center. The team analyzed patient demographics such as age and ethnicity, in addition to the patient’s ejection fraction (EF) — the measurement of the percentage of blood leaving the heart each time it contracts — and whether the patient delivered twins, or had a cesarean delivery.

“While we know that African American women are at greater risk for PPMC, the disparity in disease diversity at presentation and the subsequent progression of the condition in this patient population was staggering,” said the study’s lead author, Olga Corazon Irizarry, M.D., a first year obstetrics and gynecology resident.

“Our study, while a retrospective one, opens the door for even more research on this subject, to find out why these women are more at risk,” said Jennifer Lewey, M.D., MPH, an assistant professor of cardiovascular medicine and director of the Penn Women’s Cardiovascular Center. “Is this risk increased due to genetics, socioeconomic status and access to care, or due to contributing medical problems such as hypertension? Our next step will be to answer these questions, and identify how we can proactively diagnose and potentially prevent such a dangerous diagnosis in this at-risk patient population.”