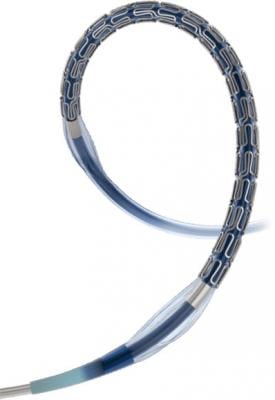 Patients who got the Supraflex stent in the TALENT trial had 6.9 percent target lesion failure occur at 720 days (versus 7.9% percent of Xience recipients), according to a presentation by Azfar Zaman, M.D., cardiac catheter laboratories, Royal Freeman Hospital, Newcastle, United Kingdom.

Patrick Serruys, M.D., was the chair for the TALENT trial. The study was conducted in seven countries — the U.K., Netherlands, Poland, Spain, Italy, Hungary and Bulgaria — across 23 centers with a sample size of 1,435 patients. Xience is regarded as the global standard in safety and efficacy for drug-eluting stents.

Presenting the findings of the TALENT trial, Zaman said, “Safety and efficacy of Supraflex SES with ultra-thin struts and biodegradable polymer were compared with Xience EES in [an] all comers-population. Supraflex was found to be non-inferior to the Xience for DOCE (device-oriented end points) at 24 months in an all comer-population.”

Upendra Kaul, M.D., one of the leading cardiologists from India, was the co-chair of the TALENT Study. Commenting on the study, Kaul said, "There remained a perception that stents produced outside of India were superior to homegrown devices.

There were demands from Indian manufacturers to prove that their devices are comparable to those made elsewhere in robust clinical trials.”

The individual components of the primary endpoint suggest the difference was mainly driven by myocardial infarction (MI):

Over the entire two-year study period, stent thrombosis rates were similar between Supraflex and Xience groups. However, late and very late instances were more likely with Xience (0.5 percent versus 1 percent).

Supraflex is available in 75 countries across the world and has advanced features like a biodegradable polymer and ultrathin strut (60μm) thickness compared tothe  81 μm strut thickness and biostable polymer coating of Xience. The TALENT clinical study result matches with the published meta-analysis, highlighting the benefits of lower strut thickness.