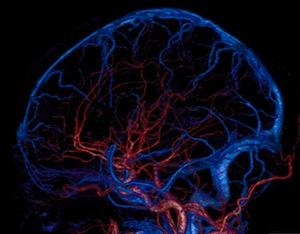 October 17, 2011 — New research adds to the mounting evidence that consuming chocolate seems to lower the risk of stroke; and now it appears to be more protective against certain types of stroke. Moreover, women who ate the most chocolate — 66.5 grams each week, which amounts to roughly two chocolate bars — had a 20 percent lower risk of having a stroke. The conclusions are according to a research correspondence report in the Oct. 18 issue of the Journal of the American College of Cardiology (JACC).

Although previous studies have shown a link between chocolate consumption and stroke, authors say this is the first to assess the potential cardiovascular benefits of chocolate across different stroke types. It also includes a larger number of stroke cases to examine relationship with chocolate intake.

“Even consuming a relatively small amount of chocolate had quite a large impact on stroke risk,” said Susanna Larsson, Ph.D., of the National Institute of Environmental Medicine, Stockholm, Sweden and lead investigator of the research. “But women reporting the highest amount of chocolate consumption – equivalent to about two chocolate bars a week – had a significantly reduced risk of stroke, suggesting that higher intakes are necessary for a potentially protective effect.”

“The difference between stroke subtypes was not significant, and deserves further study,” said Larsson. “It does appear from the data that the association between chocolate consumption and stroke is expected to be stronger with higher concentration of cocoa in the chocolate.”

Chocolate is presumed to have heart benefits due to the flavonoids in cocoa that have antioxidant properties. Antioxidants protect the body from damage caused by free radicals and can suppress oxidation of low-density lipoprotein or “bad” cholesterol, which can cause damage to the cardiovascular system.

Still, Larsson cautions chocolate and especially chocolate bars are high in sugar, fat and calories and should therefore be consumed in moderation. “Choose dark chocolate, which is usually lower in sugar and has higher flavonoid content,” she said.

The present study included 33,372 women, ages 49 to 83 years, enrolled in the population-based Swedish Mammography Cohort. Women were asked to indicate how often on average they had consumed chocolate and 95 other foods during the previous year using a validated food-frequency questionnaire.

Researchers then stratified the women into categories ranging from never eating chocolate to those who indulged three or more times a week; they examined the risk of stroke over a mean follow up of 10.4 years, adjusting for major risk factors associated with stroke.

Larsson says more large prospective studies need to assess the association between chocolate and stroke, and to distinguish between the vascular benefits of milk versus dark chocolate. This is of special importance for studies conducted in the United States as the cocoa concentration in the chocolate sold in the U.S. on average is lower.

“In Sweden, milk chocolate has a higher cocoa concentration than dark chocolate sold in the United States,” she said. “So, we would expect U.S. chocolate to offer fewer health benefits and contain more fat and calories per serving.”

Swedish milk chocolate contains roughly 30 percent cocoa; chocolate in the United States only has to have 15 percent cocoa to qualify as sweet dark chocolate, according to authors.

This analysis was presented at the European Society of Cardiology 2011 Congress and published in the British Medical Journal.