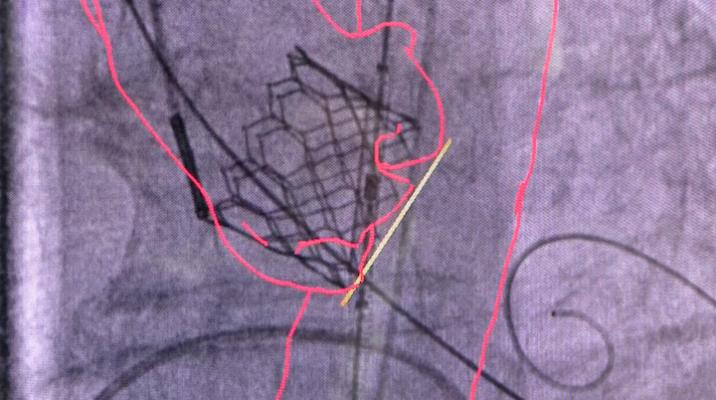 November 9, 2021 — An economic analysis of data from PARTNER 3, a randomized trial comparing transcatheter aortic valve replacement (TAVR) and surgical aortic valve replacement (SAVR) in patients with severe aortic stenosis and low surgical risk, found that despite higher procedural costs, at two-year follow-up, quality-adjusted life expectancy was greater and total costs were lower with TAVR; as a result, at two-years, TAVR was cost-effective for these patients.

Findings were reported at TCT 2021, the 33rd annual scientific symposium of the Cardiovascular Research Foundation (CRF).

Previous studies have demonstrated that TAVR is cost effective compared with medical therapy for patients with severe aortic stenosis and extreme surgical risk and compared with SAVR for patients at intermediate and high surgical risk. Based on the results from recent trials, including PARTNER 3, TAVR has been approved for low-risk patients in the U.S. Currently, there is little evidence as to whether TAVR is cost effective for low-risk patients.

Between March 2016 and October 2017, 979 patients in the U.S. were enrolled in the PARTNER 3 trial and randomized to either TAVR using the SAPIEN 3 valve (n=492) or SAVR (n=487). Of these, 485 underwent TAVR and 444 underwent SAVR. During the index hospitalization, TAVR resulted in significant reductions in procedure duration (53 versus 198 minutes) as well as ICU (0.7 versus 2.6 days) and non-ICU length of stay (1.2 versus 3.7 days, all p<0.001). Between discharge and six-month follow-up, TAVR also resulted in fewer rehospitalizations and less use of rehabilitation services—benefits that were largely sustained through two years.

Costs were assessed based on a combination of resource utilization (for the initial TAVR and SAVR procedures) and linked Medicare claims for all other costs through two years. In the study population, index hospitalization costs were $47,196 for TAVR and $46,606 for SAVR (a difference of $591). Between hospital discharge and two-years, follow-up costs were less for TAVR compared with SAVR ($19,638 vs. $22,258, a difference of $2,620). Overall, the total combined two-year cost was lower for TAVR versus SAVR ($66,834 vs. $68,864, a difference of $2,030). Two-year quality-adjusted life expectancy was greater with TAVR than SAVR (1.71 vs. 1.66 quality-adjusted life years, p=0.06)—driven by early benefits in both quality of life and survival. Although long-term outcomes are unknown at present, assuming there are no long-term differences in survival or cost, TAVR was projected to be an economically dominant strategy (lower cost, better outcome) with a 95% probability of being cost-effective compared with SAVR.

“Data from the PARTNER 3 trial show that for patients with severe aortic stenosis and low surgical risk, TAVR is cost-saving compared with SAVR at two year follow-up and is projected to be highly cost effective over a lifetime horizon-- as long as there are no major differences in late mortality between the two strategies,” said David J. Cohen, M.D., director of clinical and outcomes research, CRF and director of academic affairs for St. Francis Hospital and Heart Center. “Given the importance of long-term outcomes in these projections, extended follow-up through at least 10 years will be critical to validate these findings.”