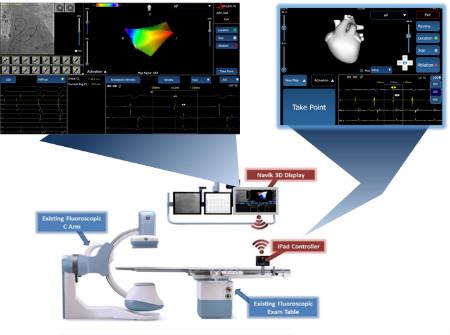 December 10, 2018 — Electrophysiology, while currently a relatively small market at $4.6 billion in 2018, has recently become of great interest in the medical devices field, with the market expected to reach $8.5 billion by 2023, according to GlobalData. This would represent a compound annual growth rate (CAGR) of 4.6 percent.

Interest in electrophysiology has grown as technological advancements such as live 3-D mapping and location have allowed doctors to more easily and effectively identify and ablate troublesome material. This has shortened procedure times, meaning that patients have shorter recovery times as well. This has resulted in a huge spike in growth of electrophysiology treatments at the expense of pharmacological treatments. In particular, the growth of the MEA and Latin America regions are larger at 5.6-5.7 percent year over year, due to their relatively undeveloped healthcare systems only now beginning to adopt electrophysiological technology.

James Spencer, medical devices analyst at GlobalData, commented, “Electrophysiology is uniquely positioned amongst cardiovascular devices to enjoy both explosive and sustained growth across the international markets due to a combination of as yet unsaturated markets, the cannibalization of revenue from less effective pharmacological treatments, as well as a constantly growing patient population due to the overall aging of the world’s population.”

Traditionally, electrophysiology catheters have used radiofrequency (RF) ablation techniques to ablate troublesome tissue. However, more recently, cryoablative and laser ablation technologies have been developed that are easier or more effective for physicians to use. As such, the electrophysiology market is now in a favorable position for years to come, according to GlobalData.