One-year results from the REDUCE trial reported at TCT 2017 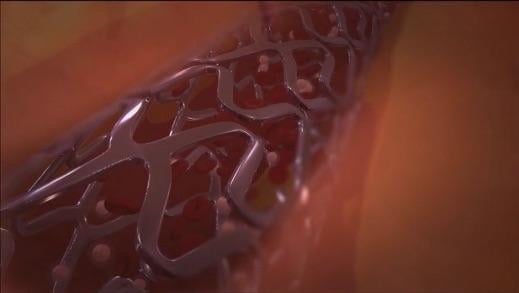 REDUCE is a physician-initiated, prospective, multicenter, randomized study, designed to demonstrate non-inferiority of a strategy of short-term (three months) dual antiplatelet therapy (DAPT) as compared to standard 12-month DAPT in patients with ACS treated with a COMBO stent. The trial found no difference in the primary endpoint between three and 12 months DAPT (8.2 percent vs. 8.4 percent, Pnoninferiority<0.001; Psuperiority=0.88) in the intent to treat (ITT) population. COMBO is the only stent with prospective randomized controlled trial-based evidence, to support such a strategy in an ACS population.1

The optimal duration of DAPT in ACS patients treated with drug-eluting stents (DES) is still under debate. The potential benefits of long-term DAPT in avoiding thrombotic complications may be counterbalanced by a higher risk of major bleeding complications. Per U.S. and European guidelines, DAPT is typically continued for at least 12 months following percutaneous coronary intervention (PCI) with DES or bare metal stents, primarily based on the CURE trial that was conducted 20 years ago, and the use of first-generation DES. Therefore, REDUCE provided an opportunity to explore different DAPT regimens and a new generation stent.

“The REDUCE trial shows that among ACS patients treated with a COMBO stent, three months of DAPT is non-inferior to 12 months of DAPT, and this is consistent for all pre-specified subgroups,” said Harry Suryapranata, M.D., Ph.D., professor of interventional cardiology at Radboud University Medical Center in Nijmegen, The Netherlands, and one of the principal investigators who presented the data at TCT. “Therefore, this strategy could be considered if needed, even in an ACS population. Future larger trials are needed to further investigate and confirm the safety of short-term DAPT regimen in ACS patients, particularly, in the era of new adenosine diphosphate (ADP) antagonists and new generation DES.”

The overall incidence of the primary endpoint event (a composite of all-cause mortality, myocardial infarction, stent thrombosis, stroke, target vessel revascularization, moderate and major bleeding (BARC II, III or V)) was low at 8.3 percent in comparison to the original estimate of 12 percent based on contemporary trials. Furthermore, the results were consistent across all subgroups (age, gender, STEMI versus non-STEMI, geographic region and diabetes) without any significant statistical interaction. A pre-specified landmark analysis of the primary outcome from 3 months (i.e. the intended deviation of antiplatelet therapy between the groups) out to 360 days did not reveal significant differences either.