Vasorum Partners With Veryan to Commercialize of New Vascular Closure Device in U.S. 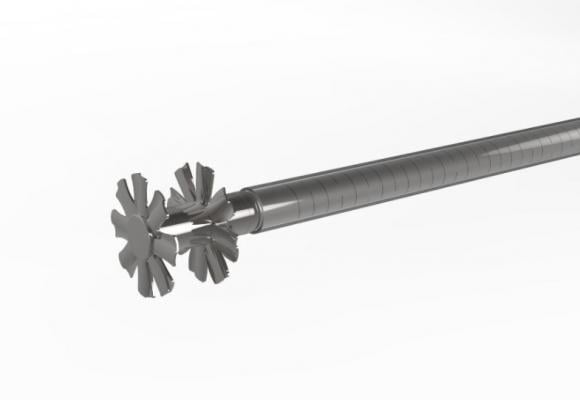 August 17, 2020 — Veryan Medical announced it will support Vasorum in the commercialization of the Celt atrial closure device (ACD) in the United States. The Celt ACD is a vascular closure device that has been used in more than 60,000 patients to date with excellent clinical results following percutaneous catheter-based vascular procedures.

"The Veryan Medical agreement is validation that the Celt ACD has proven itself to be a leading arterial closure device that allows rapid and complete hemostasis independent of vascular anatomy, including calcified arteries. This agreement provides an opportunity to accelerate growth for both companies in the U.S.A.," said James Coleman M.D., Vasorum co-founder and CEO.

“We are pleased to be working with Vasorum and the Celt ACD which has proven to be a game changing closure technology” said Nick Yeo, Veryan Medical’s CEO. “We plan to include the Celt device as an option in our MIMICS-3D USA registry, which will start enrolling later this year."

MIMICS-3D USA is a prospective, multi-center observational study evaluating the safety, effectiveness and device performance of the BioMimics 3D Vascular Stent System within a real-world clinical population of patients undergoing femoropopliteal intervention. MIMICS-3D-USA will enroll more than 500 patients in 40 clinical sites across the United States and Veryan will conduct a sub-analysis of patients who have had a Celt ACD used in the index procedure.

“I have been using the Celt ACD for several years and have completed over 1,000 implants," said Syed Hussain M.D., chairman of vascular and endovascular surgery at the Christie Clinic in Champaign, Illinois. "The device is extremely easy to use and has unique benefits including rapid haemostasis allowing for safe patient ambulation shortly after the procedure.”

Vasorum has received FDA PMA approval and European CE mark for Celt ACD, which allows rapid closure of an arterial puncture site after percutaneous catheter-based vascular procedures. Celt ACD achieves closure by deploying a biocompatible implant to both the inside and the outside of the puncture site in the arterial wall. Celt ACD is available in three sizes to fit 5, 6 and 7 French sheaths and does not require exchange of the existing procedural sheath before deployment. With more than 60,000 patient implants to date, Celt ACD has proven itself to be a best in class arterial puncture closure device.