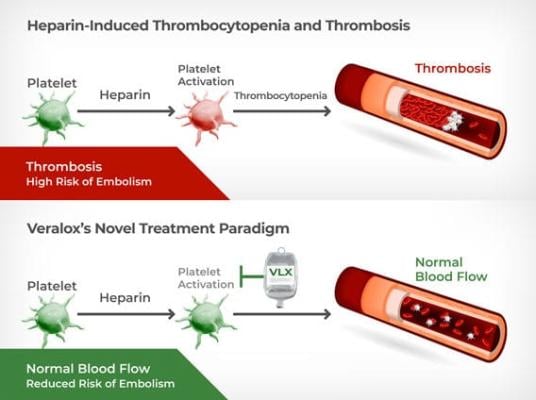 "Completion of our Phase 1 study for VLX-1005 together with announcement of Fast Track Designation for this program represent important milestones that reflect the new levels of momentum we are achieving with our clinical strategy at Veralox," said Michael Hanna, Chief Medical Officer at Veralox.  "We look forward to continuing our development of VLX-1005 to address the underlying pathology of HIT, a disease that has not seen innovation in available therapies in over 20 years."

Veralox completed a Phase 1a study consisting of a single ascending dose (SAD) portion and a multiple ascending dose (MAD) portion that was designed to assess the safety, tolerability, pharmacokinetics (PK) and pharmacodynamics of VLX-1005.  In this study VLX-1005 was found to be well tolerated with no reports of serious adverse events (SAEs), dose-limiting toxicities (DLTs) or discontinuations; adverse events (AEs) were infrequent and mild. Data analyses revealed dose linear increases in key PK metrics approaching dose proportionality with no upper limits on tolerability to the maximum dose tested.

Veralox also completed a Phase 1b drug-drug interaction (DDI) study of VLX-1005 in conjunction with argatroban, an anticoagulant that is approved for the treatment of HIT in the U.S. This study was designed to evaluate the effects of coadministration of VLX-1005 and argatroban on subject safety and on a range of exploratory biomarkers. The study showed that co-administration of VLX-1005 with argatroban was well tolerated with no SAEs; AEs were infrequent and mild. Preliminary analysis of the PK and PD (as measured by APTT) data revealed no evidence of DDI.

The FDA granted Fast Track designation for the VLX-1005 program on May 27, 2022, following an End-of-Phase 1 meeting with the Agency. The company will use the results of the successful Phase 1 studies as well as the standards inherent in Fast Track designation and previously announced Orphan Drug designation to finalize the design of the planned Phase 2 clinical program for VLX-1005 in HIT. 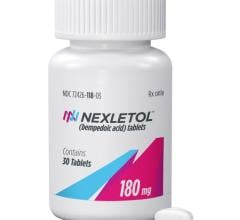