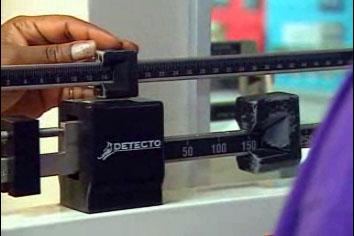 August 31, 2018 — A weight loss drug does not increase cardiovascular events, according to late breaking results from the CAMELLIA-TIMI 61 trial. Results were presented in a Hot Line Session at the 2018 European Society of Cardiology (ESC) Congress, Aug. 25-28 in Munich, Germany, and published in the New England Journal of Medicine.1

Lorcaserin is an appetite suppressant, increasing the sense of fullness after a meal and reducing hunger before meals. It is not approved as a weight loss drug in Europe. The European Medicines Agency has expressed concerns about the potential risk of tumors based on animal data, psychiatric disorders including depression, and problems with heart valves.

The U.S. Food and Drug Administration (FDA) in June 2012 approved the medication for weight loss in overweight adults with a body mass index (BMI) of 30 kg/m2 or greater, or with a BMI of 27 kg/m2 or greater and at least one weight-related health condition such as high blood pressure, type 2 diabetes or high cholesterol. As with all weight loss agents, the FDA’s approval was contingent on postmarketing studies assessing the risk for major adverse cardiovascular events.

The CAMELLIA-TIMI 61 trial was conducted as part of the FDA’s postmarketing requirement. The trial examined the safety and efficacy of the drug with regard to major adverse cardiovascular events (MACE) and progression to diabetes in overweight or obese individuals with, or at risk for, cardiovascular disease.

The trial enrolled 12,000 adults from 473 centers in eight countries between January 2014 and November 2015. Participants had a BMI of at least 27 kg/m2 and either 1) established cardiovascular disease3 (with or without diabetes) or 2) diabetes and at least one other cardiovascular risk factor4. Participants were randomly allocated in a 1:1 ratio to lorcaserin (10 mg twice a day) or matching placebo. All participants were advised to exercise and eat healthily.

The primary safety endpoint was noninferiority of the drug compared to placebo for major adverse cardiovascular events (MACE) — cardiovascular death, myocardial infarction or stroke — after 460 events had occurred. If the safety endpoint was met, the trial would proceed to completion and assess the primary efficacy endpoint of superiority of the drug for MACE plus hospitalization for unstable angina, heart failure or any coronary revascularisation. Secondary endpoints included delay or prevention of conversion to type 2 diabetes in those with pre-diabetes at baseline, and the effect on weight, heart rate, blood pressure, lipids and blood sugar.

The interim analysis after 460 events showed that the trial met its primary safety objective. At study completion with a median follow-up of 3.3 years, MACE occurred in 6.1 percent of those taking lorcaserin and 6.2 percent of those on placebo, demonstrating noninferiority (p<0.001).

The trial did not meet its superiority endpoint. The composite of MACE plus hospitalization for unstable angina, heart failure or any coronary revascularisation occurred in 11.8 percent of participants taking the drug and 12.1 percent of those on placebo (p=0.55).

Regarding secondary endpoints, compared to placebo, the medication reduced the conversion rate to diabetes in participants with pre-diabetes at baseline. The drug also led to small improvements in levels of triglycerides, blood glucose, heart rate and blood pressure.

In the CAMELLIA-TIMI 61 study, the most common side effects possibly related to the drug and leading to drug discontinuation were dizziness, fatigue, headache and nausea – all of which are listed on the FDA-approved label.  There was no difference in the occurrence of malignancy between the drug and placebo groups. In a dedicated echocardiographic substudy, there was a non-significant imbalance in the incidence of valvular disease at one year between the drug and placebo groups (1.8 percent versus 1.3 percent; p=0.24). Serious hypoglycemia was more common in patients on lorcaserin, a side effect observed in prior studies.

Lorcaserin is not approved for use in women who are pregnant, breastfeeding or planning to become pregnant. It should be used with caution in patients with congestive heart failure. If signs or symptoms of valvular heart disease develop, such as dyspnea or a new cardiac murmur, patients should be evaluated and discontinuation of the drug considered. People taking the drug should be monitored for depression, changes in mood, and suicidal thoughts or behaviors; the drug should be discontinued if the latter are experienced.

“We have been able to show for the first time that this weight loss drug does what it is intended to do. It helps people lose weight without causing an increase in major adverse cardiovascular events in a population at higher risk for heart attacks and strokes,” said Erin Bohula, M.D., an investigator with the CAMELLIA-TIMI 61 trial and TIMI Study Group investigator at Brigham and Women's Hospital, Boston.

“One of our hypotheses was that losing weight with this medication might also lead to a cardiovascular benefit but we did not see that,” she continued. “While there were improvements in multiple cardiovascular risk factors, including weight, lipids and blood glucose, the magnitude of impact on these risk factors was relatively small.”

Bohula said, “Nevertheless, the CAMELLIA-TIMI 61 study is notable as it provides the first demonstration of cardiovascular safety of any weight loss agent in a dedicated cardiovascular outcomes trial.”