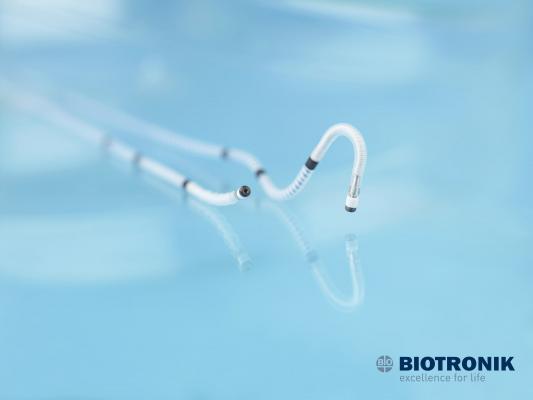 Sentus ProMRI is approved for use with heart failure devices based on data collected during the QP ExCELs study. The study, which included 53 sites in the United States, demonstrated Sentus ProMRI QP's performance. Key data points included:

"With the array of leads available today, every patient should be implanted with an MR conditional device," said Venkat R. Iyer, M.D., electrophysiologist at Bayview Physicians Group in Norfolk, Va. "Our patients deserve nothing less than the best possible care. With MR [magnetic resonance] conditional solutions, we can help ensure this continues throughout the patient care journey."

Sentus ProMRI completes the ProMRI quadripolar system when used with Biotronik's Inventra HF-T QP cardiac resynchronization therapy defibrillator (CRT-D). This makes it the only MR conditional heart failure solution available in the United States that delivers ultra-high energy (42J) therapy on the first and every shock, according to the company. This system offers Closed Loop Stimulation (CLS) — Biotronik’s physiologic rate-adaptive algorithm that automatically optimizes to each patient's needs based on real-time metabolic demand. It also features Biotronik Home Monitoring, which has shown a 50 percent reduction in mortality1 in patients with heart failure, as proven in the IN-TIME study.