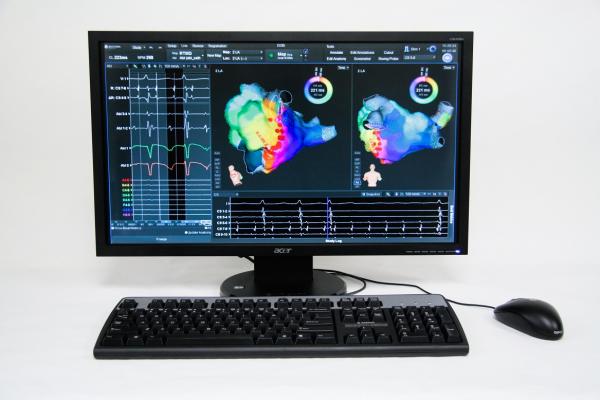 May 23, 2016 — Boston Scientific has received U.S. Food and Drug Administration (FDA) approval for two catheters that can be used with the Rhythmia Mapping System. The IntellaNav XP and the IntellaNav MiFi XP navigation-enabled ablation catheters – designed to map and ablate – were approved to treat Type I atrial flutter, an abnormal rhythm of the upper chambers of the heart. These are the first magnetically-tracked catheters that Boston Scientific will offer to the U.S. market. Along with the immediate launch of the catheters, the company is also releasing a software enhancement for the Rhythmia Mapping System.

Unlike conventional cardiac mapping systems, the Rhythmia Mapping System rapidly and automatically generates three-dimensional images of any chamber of the heart to help diagnose, locate and treat the source of rhythm abnormality. The Software Version 1.4 mapping system update improves the speed and quality in which the images are acquired using a variety of therapeutic and diagnostic catheters, including the IntellaNav XP and IntellaNav MiFi XP catheters. The software update also provides advanced editing capabilities, allowing for detailed visual enhancements of the maps.

Both of the newly approved IntellaNav XP catheters feature magnetic sensors which track the location of the catheter while delivering radiofrequency energy into the heart muscle, creating heat to destroy a small area of the tissue responsible for the abnormal heart rhythm.

The IntellaNav MiFi XP catheter also provides increased accuracy and signal clarity via mini-electrode technology, which delivers a highly localized signal closely reflecting what is happening at the tip in real-time during the ablation procedure.