Draft Recommendations Suggest Not Using Aspirin for Prevention in Many Patients 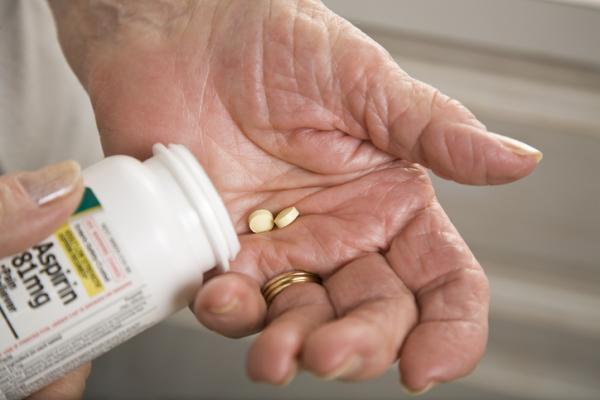 A large review of clinical data for risks vs. benefits of aspirin shows risks outweigh benefits in preventing heart attacks and strokes in many patients. This has led to a recommended change in cardiovascular care guidelines. Getty Images

There has been debate in recent years over balancing the risks vs. benefits of aspirin for the prevention of heart attacks and strokes. It has been recognized that a one-size fits all approach to using aspirin in all patients for primary prevention increases the risks of gastrointestinal (GI) bleeding, intracranial hemorrhage and hemorrhagic stroke. To develop better patient selection guidelines, the U.S. Preventive Services Task Force (USPSTF) on Oct. 12, 2021, released a draft recommendation as to which patients should not be put on aspirin because the bleeding risks appear to be higher than the potential benefits.[1]

• The USPSTF concluded with moderate certainty that aspirin use for the primary prevention of cardiovascular disease (CVD) events in adults ages 40 to 59 years who have a 10 percent or greater 10-year CVD risk has a small net benefit.

• The USPSTF concludes with moderate certainty that initiating aspirin use for the primary prevention of CVD events in adults age 60 years or older has no net benefit.

“As detailed in the American College of Cardiology/American Heart Association’s 2019 primary prevention recommendations,[2] recent large trials indicate that, in the current environment, the overall benefit of aspirin is small," explained American Heart Association (AHA) President Donald M. Lloyd-Jones, M.D., Sc.M., FAHA. "In most adults, the benefit of protection against heart attacks and strokes is offset by the potential risk of bleeding caused by aspirin. As a result, aspirin should be used rarely to help prevent heart attacks and stroke among adults ages 40-70 without known cardiovascular disease."

The Task Force reviewed evidence for the effectiveness of aspirin to prevent myocardial infarction (MI), stroke, cardiovascular death and all-cause mortality in those without a history of CVD. In addition, the Task Force also reviewed evidence for colorectal cancer (CRC) incidence and mortality associated with aspirin use in primary and secondary CVD populations. Cardiovascular disease is the leading cause of death in the U.S., and CRC is the third leading cause of death.

The task force said the decision to initiate low-dose aspirin use for the primary prevention of CVD in adults ages 40 to 59 years who have a 10% or greater 10-year CVD risk should be an individual one. Evidence indicates that the net benefit of aspirin use in this group is small. People who are not at increased risk for bleeding and are willing to take low-dose aspirin daily are more likely to benefit, the task force concluded.

In adults age 60 years and older, the USPSTF recommends against initiating low-dose aspirin use for the primary prevention of CVD. It was noted that the risk for gastrointestinal bleeding, intracranial hemorrhage and hemorrhagic stroke, with or without aspirin use, increases with older age. Other risk factors include the male gender, diabetes and a history of gastrointestinal issues (such as peptic ulcer disease), liver disease, smoking and elevated blood pressure. Some medications, including nonsteroidal anti-inflammatory drugs, steroids and anticoagulants that are often prescribed in this age group also increase the risk of bleeding. The Task Force said these risk factors should be considered in the overall decision about whether to start or continue aspirin therapy.

The new recommendations are aimed at people who don't have a history of a heart attack or stroke. The recommendations for aspirin use in patients who have had these events has not changed.

“These recommendations do not not apply to people who have had a heart attack or stroke, or have a stent in an artery," Lloyd-Jones said. "Those patients should remain on aspirin as prescribed by their doctor. But in adults without known cardiovascular disease, we continue to urge clinicians to be very selective when prescribing aspirin. Aspirin should be limited to only those adults at the highest risk for cardiovascular disease who also have a very low risk of bleeding."

The research for these recommendations included a 233-page report prepared by the Kaiser Permanente Center for Health Research. It cites 195 sources, including scores of clinical trials of various sizes conducted over the past 40 years.[3]

The draft recommendations are posted for public comment until November 8, 2021, and will be reviewed by the USPSTF for final decision. USPTSF is an independent, volunteer panel of medical experts focused on improving the health of people nationwide by making evidence-based recommendations on effective ways to prevent disease and prolong life.

The USPSTF suggests physicians do a CVD risk assessment for their patients. The Task Force said age is one of the strongest risk factors for CVD. Men carry a higher overall burden of CVD, although women experience higher mortality from certain cardiovascular events, such as stroke. Men tend to experience CVD events earlier in life compared with women. The burden of CVD also differs by race and ethnicity. Among both sexes, Black Americans have the highest prevalence of CVD.1

The Task Force also recommends using the American College of Cardiology/American Heart Association (ACC/AHA) Pooled Cohort Equations to estimate 10-year risk of CVD. The ACC/AHA risk calculator is, to date, the only U.S.-based CVD risk prediction tool that has published external validation studies in other U.S.-based populations.3 The calculator has sex- and race-specific equations, including the risk factors of age, cholesterol levels, systolic blood pressure level, anti-hypertension treatment, presence of diabetes, and smoking status, and focuses on hard clinical outcomes (heart attack and death from coronary heart disease; ischemic stroke and stroke-related death) as the outcomes of interest. It is important to note that the 10-year CVD event risk estimated by the ACC/AHA risk calculator is heavily influenced by increasing age. The risk prediction equations generally show higher risk for African American persons than white persons.

Because risk prediction using the ACC/AHA Pooled Cohort Equations is imperfect at the individual level, the USPSTF suggests using its risk estimates as a starting point to discuss with appropriate candidates their desire for daily aspirin use. The benefits of initiating aspirin use are greater for individuals at higher risk for CVD events (e.g., those with >15% or >20% 10-year CVD risk).

At What Age to Stop Taking Aspirin

Annual bleeding events in individuals without risk factors for increased bleeding (e.g., history of gastrointestinal bleeding risk, history of peptic ulcer disease, or use of nonsteroidal anti-inflammatory drugs or corticosteroids) are rare, but risk for bleeding increases modestly with advancing age, the Task Force wrote. For people who have initiated aspirin use, the net benefits continue to accrue over time in the absence of a bleeding event. The net benefits, however, become smaller with advancing age because of an increased risk for bleeding, so modeling data suggest that it may be reasonable to consider stopping aspirin use around age 75 years.

Research on the Effects of Aspirin

Researchers at the Kaiser Permanente Evidence-based Practice Center in Portland, Ore., were contracted by the Task Force to find out what the pooled clinical data from various sources tells us about the risk versus benefits of taking aspirin for various patient populations.

The researchers concluded that in primary prevention populations, low-dose aspirin reduces major CVD events, MI and ischemic stroke, but also increases major GI bleeding, extracranial and intracranial bleeding. Their evidence suggests aspirin is associated with a possible long-term reduction in CRC incidence and mortality based on post-trial period observation, but the results are limited for low-dose aspirin among primary CVD prevention populations. More precise real world U.S.-based estimates for bleeding events in the general population and specific populations with elevated CVD risk are necessary to accurately estimate the net benefit.

In both low-dose and all-dose analyses, aspirin was associated with statistically significant relative risk reductions and small absolute risk reductions of up to 2.5 percent for major CVD events in primary prevention populations. But, researchers said these benefits were offset by statistically significant relative risk increases and small absolute increases of up to 1 percent for major bleeding harm.

Based on a meta-analysis of 13 primary prevention trials, aspirin at doses of 50 to 500 mg/day associated with an 11 percent reduction in major CVD events, as well as a 14 percent reduction in MIs and ischemic strokes. Aspirin does not appear to have a statistically significant effect on all-cause mortality or CVD mortality. In this group of trials with relatively healthy populations, the absolute major CVD event reductions ranged from 0.08 to 2.5 percent.

Aspirin at doses of 50 to 500 mg daily is also associated with a 22 percent increase in hemorrhagic stroke, however sensitivity analyses restricted to low-dose trials did not yield a statistically significant association between low-dose aspirin and hemorrhagic stroke.

Hemorrhagic strokes were rare events so there is uncertainty in estimates. Pooled estimates for intracranial hemorrhage — a broader outcome including subarachnoid hemorrhage and subdural hemorrhage in addition to hemorrhagic stroke — yielded a statistically significant 33 percent increase in events in the aspirin group for all doses and a similar statistically significant finding for low-dose aspirin ≤100 mg/day, the researchers found.

While there was little new evidence about CRC effects, finding in the Aspirin in Reducing Events in the Elderly (ASPREE) trial of potentially increased rates of later stage cancers in older adults puts into question potential CRC benefits.[4] Moreover, aspirin’s potential role in CRC prevention could be diminished by increases in CRC screening in recommended ages.

The researchers also concluded the role of aspirin in primary prevention for CVD will continue to evolve based on the closely matched magnitude of CVD benefit and bleeding risks in the context of declining smoking rates, increasing statin use and more aggressive hypertension management. Depending on CVD risk, this absolute CVD benefit in specific populations could potentially outweigh the bleeding risks. Models to identify these populations are needed, the researchers said.

Aspirin Should Not Be Recommended for Healthy People Over 70

Overview of Trials for Anticoagulation Therapy for COVID-19 Patients

Million Hearts 2022 is a national initiative to prevent 1 million heart attacks and strokes within 5 years. It focuses on implementing a small set of evidence-based priorities and targets that can improve cardiovascular health for all. 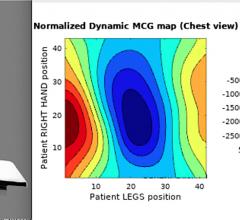 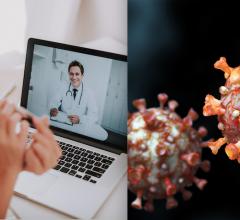 May 11, 2020 — The American Society for Preventive Cardiology (ASPC) is collaborating with Intervent International to ...