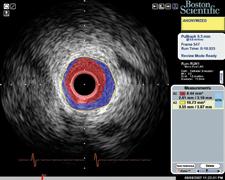 As intravascular ultrasound (IVUS) becomes a more common tool in cath labs to assess lesions and stent treatments, new innovations loom on the horizon. These tools include forward-looking IVUS and a combination IVUS/balloon catheter.

Boston Scientific and Volcano Corp. are the only two vendors with U.S. Food and Drug Administration (FDA) clearance for IVUS systems. They will soon be joined by InfraReDx, which plans to release an IVUS
system later this year.

Angioplasty/IVUS Catheter
Volcano developed a combination IVUS/angioplasty balloon catheter to reduce the number of devices needed for a procedure, the time involved with exchanges, and the need to remove the IVUS catheters during treatment.

The Image Guided Therapy catheter will be released in Europe this year, and also is going through FDA review. The company expects to release it in the United States in 2011. It will be offered in multiple balloon sizes.

Forward-Looking IVUS
IVUS offers a cross-sectional view of a vessel, but is unable to visualize the area ahead of the catheter. Physicians have long been interested in a forward-looking IVUS system to help better assess and treat chronic total occlusions (CTOs). Such a system may also be useful in structural heart repair and cardiac ablations.

Volcano is developing two forward-looking (FL.IVUS) catheters, which it hopes to release in both the United States and Europe in 2011. A passive version for visualization only uses a transducer that rotates at an angle on the tip of the catheter. It creates a conical view of what lies ahead, said Frederick Wagner, Volcano’s senior marketing manager, strategic marketing. An active version will include visualization capability and a built-in radio frequency ablation tip to allow the catheter to tunnel through a CTO.

Plaque Characterization
IVUS echo returns can be processed to detect differences in the density of material off of which sound waves reflect. This can help identify different types of plaque. Volcano was the first to introduce this plaque characterization technology with Virtual Histology IVUS (VH IVUS). It color codes the makeup of plaque as fibrous, fibro-fatty, necrotic core and dense calcium.

Boston Scientific introduced iMap, its version of plaque characterization, in the fall of 2009. It uses a similar color-coding system. The tool is available overseas, but is still under FDA review.

“We, as well as Volcano, are trying to take the ambiguity out of a gray-scale image,” said Jeff Bennett, imaging group marketing manager for Boston Scientific. “Tissue characterization is not a vulnerable plaque finder by itself, you need other modalities.”

Identifying Vulnerable Plaque
A key research focus for IVUS is to help identify lipid-core vulnerable plaques, which are the suspected cause of most heart attacks.

“A lot of the events being blamed on stents are actually caused by lipid-core plaques at the end of the stent,” said James E. Muller, M.D., founder and CEO of InfraReDx. He said dilatation and stenting of a large lipid-core stenosis might cause emboli responsible for the “no-flow” phenomenon and heart attacks that complicate stenting.

Dr. Muller said the InfraReDx LipidScan uses intravascular near-infrared spectroscopy (NIRS), which is more precise in determining the chemical makeup of plaque than sound waves. However, spectroscopy does not provide an image.

The company plans to launch its LipiScan IVUS system, which combines IVUS and NIRS, in the United States by late 2010. The system will incorporate grayscale IVUS with a circle around the edge of the image displaying a color-code of high-lipid plaque areas. Dr. Muller said the system will make it easier to pinpoint and visualize different types of plaque. It will initially be used in efforts to increase the safety of stenting, but in the future he said it might be used to identify vulnerable plaques so they can be treated before causing a second heart attack.

Rotational IVUS offers more detail and better resolution, Wagner said. However, these catheters require a saline flush to remove air inside the catheter for full fluid contact for the best imaging.
Digital IVUS is easier to use because it does not require a saline flush. It also provides enhanced features, such as plaque characterization and blood flow imaging, Wagner said.

“With Volcano’s digital IVUS, you gain the advantages of speed and ease of use compared with rotational, while giving up a little in image resolution. Additionally, you have the option for plaque characterization and blood flow imaging,” Wagner explained.

In 2009, Boston released its iCross catheter, which has a hydrophilic coating. Bench tests showed a 28 percent improvement in delivery.

In mid-2010, Volcano said it is releasing the Eagle Eye Platinum catheter, which has improved deliverability and additional radiopaque markers for better visualization and length estimations under angiography. It offers a hydrophilic coating, lower profile, softer tip and smoother transitions. The catheter already has FDA clearance. 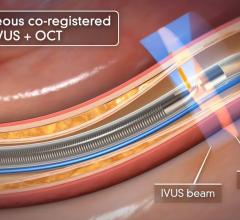 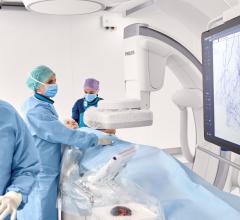 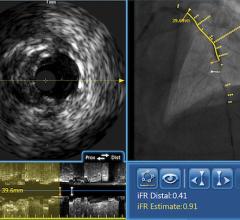 Intravascular ultrasound (IVUS) is the workhorse intravascular imaging modality in cardiac cath labs. It is used to help ... 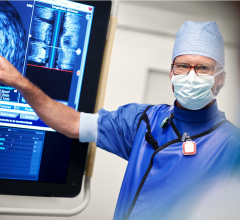 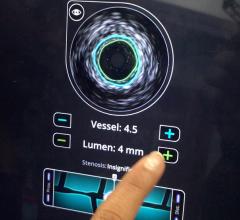 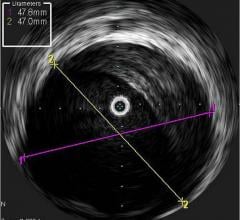 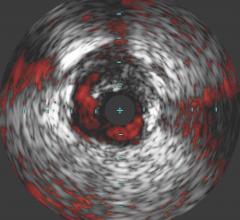 July 12, 2018 — Intact Vascular Inc. announced the publication of the iDissection Classification trial results in the ... 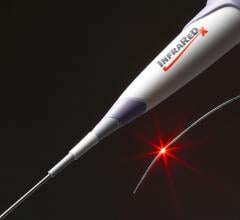 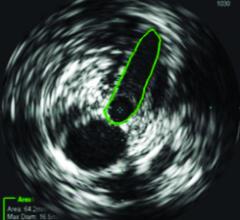