While transcatheter aortic valve replacement (TAVR) continues overall to perform as well as or better than surgery, U.S. Centers show room for improvement 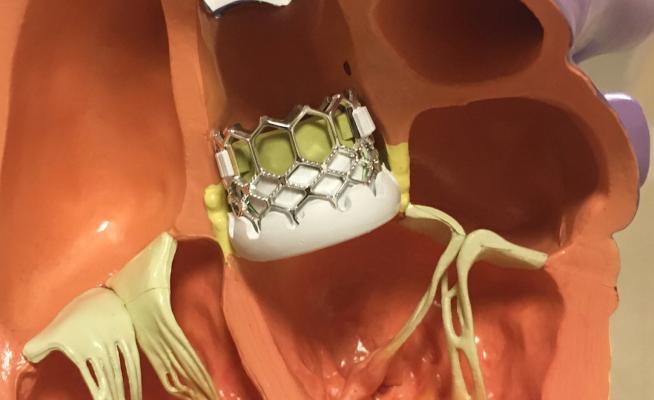 The annual meeting, originally schedule in Chicago, was cancelled due to the rapid spread of COVID-19. As the virtual ACC meeting started, the Chicago venue where ACC was supposed to be hosted was being turned into a COVID-19 overflow hospital.

Worse than expected outcomes were found for survival and quality of life among patients undergoing TAVR at 34 medical centers in the United States, representing 11 percent of U.S. facilities that perform TAVR. The study used data from the Society of Thoracic Surgeons/American College of Cardiology Transcatheter Valve Therapy (STS/ACC TVT) Registry

“There’s clearly an opportunity to improve processes and try to better standardize care to decrease variation between different sites,” said Nimesh Desai, M.D., Ph.D., a cardiac surgeon and associate professor of surgery at the Hospital of the University of Pennsylvania, and the study’s lead author. “The overarching goal of this work is to provide transparency to the public and also to provide feedback to sites so that they can review their practices and develop ways to improve the results in their patients.”

Researchers analyzed data for 2015, 2016 and 2017 from the STS/ACC TVT Registry, a Centers for Medicare and Medicaid Services (CMS)-mandated registry that includes nearly all patients who undergo TAVR in the U.S. From there, they created a model to assess serious complications that patients would likely want to consider when making decisions about a TAVR procedure.

“We wanted to develop a way of assessing quality using endpoints that are very important to patients,” Desai said. “Among registries for major cardiovascular procedures, this is the first metric to incorporate the patient’s functional status and quality of life, both in the risk assessment of the patient and in the derivation of the outcome measures.”

The researchers plan to further analyze the data to identify any features or factors that may be associated with worse than expected performance. In addition, Desai said the model can help establish a platform for public reporting that patients and hospitals could use to inform decision-making.

Read more on this study

Patients with bicuspid, or two-leaflet, aortic valves who undergo TAVR procedures had a high rate of success and low risk of death or disabling stroke at 30 days in a study that prospectively tracked 150 patients who underwent TAVR at 25 U.S. medical centers. The trial used the Medtronic CoreValve system.

TAVR has become increasingly popular in recent years as a less-invasive alternative to open-heart valve replacement surgery. However, few studies have examined its safety in patients with a bicuspid valve, a genetic variation of the aortic valve in some patients, rather than the typic three-leaflet valve. The condition affects between 2-5 percent of people in which two of the three flaps in the aortic valve are fused together.

“This clearly has clinical implications with patients with bicuspid valves who want TAVR," said Basel Ramlawi, M.D., cardiothoracic surgeon at Valley Health System in Virginia and the study’s co-principal investigator. "TAVR with a self-expanding prosthesis is a very viable and safe procedure in low-risk bicuspid patients and achieved excellent early results. Though additional follow-up is necessary to determine long-term outcomes, early results suggest this procedure can be performed successfully in low-risk individuals with a good outcome.”

Read more in this study

At one year, transcatheter procedure in shown to be safe and effective under real-world conditions in the United Kingdom Transcatheter Aortic Valve Implantation (U.K. TAVI) Trial. Patients who underwent TAVR did not have a higher rate of death at one year compared with those who had their heart valve replaced via open-heart surgery.

Previous clinical trials have found TAVR to be non-inferior or superior to open-heart surgery for various patient groups, but most trials have been limited to medical centers that perform a high volume of procedures or focus on the use of specific types of replacement valves. The new trial involved a broad group of patients who were treated at every medical center that performs TAVR across the U.K. The study included all types of valves.

“The importance of this trial is that it confirms the effectiveness of the TAVR strategy in a real-world setting,” said William D. Toff, M.D., professor of cardiology at the University of Leicester and the study’s lead author. “It wasn’t only conducted at the best centers, and it wasn’t limited to a particular valve under ideal conditions. This was TAVR as it is in the real world compared with surgery as it is in the real world.”

The trial enrolled 913 patients referred for treatment of severe aortic stenosis at 34 U.K. sites from 2014-2018. Half were randomly assigned to receive TAVR and half underwent open-heart surgery. Enrollment was limited to participants age 70 years or older (with additional risk factors) or age 80 years or older (with or without additional risk factors).

On the other hand, patients undergoing TAVR had a significantly lower rate of major bleeding complications, which occurred in 6.3% of TAVR patients and 17.1% of those undergoing surgery. TAVR was also associated with a shorter hospital stay, fewer days in intensive care, and better functional capacity and quality of life measures at six weeks after the procedure. Functional capacity and quality of life were similar between the two groups at one year

Read more on this study

TAVR Equivalent to Surgery at Two Years in Low-Risk Patients

The data show the that patients with severe symptomatic aortic stenosis (AS) at low risk of death from surgery in this trial had a combined risk of death, stroke or rehospitalization at two years, the primary endpoint of the PARTNER 3 trial, that were comparable between the two groups. The trial focused on patients who have a low surgical risk score who are typically younger and who have fewer health problems than higher-risk patients. Last year, researchers reported that TAVR showed superior outcomes compared with surgery at one year among PARTNER 3 participants. The new findings indicate both approaches are equivalent to each other in this low-risk population in terms of outcomes occurring up to two years later. Until recently, this low risk population was excluded from TAVR and referred for surgery, but this and other low-risk TAVR trials are showing TAVR can perform just as well in these patients.

“The one-year outcomes were only the first look at how these patients do, and this is the second look,” said Michael J. Mack, M.D., a cardiothoracic surgeon at Baylor Scott and White Health and the study’s lead presenter. “On the basis of one-year data, many physicians were counseling patients that TAVR outcomes were better than surgery. Now, we see that the outcomes are roughly the same at two years. These data demonstrate that TAVR with the Sapien 3 valve continues to perform well at two years, which gives low surgical risk patients with severe AS the ability to choose a treatment that factors in their individual priorities in consultation with their physician," said Larry Wood, Edwards' corporate vice president, transcatheter aortic valve replacement."

Watch the VIDEO: TAVR Performs as Well as Surgery in Low-Risk Patients, an interview with Michael Mack, M.D.

Read more on this trial

About 30 percent of patients who undergo TAVR have AF, and there have not been any guidelines on how to treat these patients, who require anticoagulation therapy to prevent AF-caused stroke. This trial offers new data on how these patients can be managed.

“The rates of complications for TAVR — especially complications related to bleeding — remain high,” said Vincent Nijenhuis, M.D., from the cardiology department at St. Antonius Hospital in Nieuwegein, Netherlands, and the study’s lead author. “This study helps physicians to better understand the risks of adding antiplatelet therapy to oral anticoagulants—namely, that doing so leads to more bleeding without reducing the rate of ischemic events. I think once physicians are aware of this, they will not treat patients undergoing TAVR so aggressively, leading to better outcomes.”

Read more on this trial