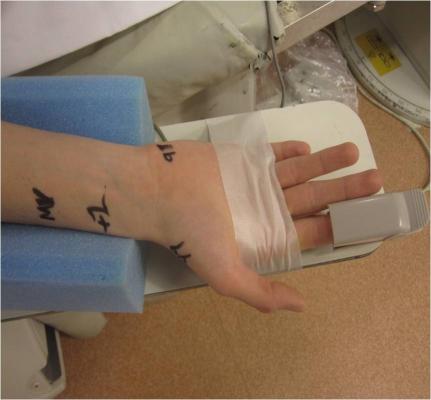 July 13, 2012 — In the United States, radial artery catheterization is performed in the minority of diagnostic angiograms and cardiac stenting procedures despite the benefits it offers to patients in terms of reduced complications and faster mobility after the procedure. However, new data now suggests there might also be a cost savings. Research from the Perelman School of Medicine at the University of Pennsylvania, the University of Washington Medical Center, and the University of Pittsburgh School of Medicine, indicates that radial access may also offer a significant cost savings benefit to hospitals. The findings are published online first in Circulation: Cardiovascular Quality and Outcomes.

"Radial artery access is the primary mode of access for catheterization procedures in Europe, Canada, and Japan, but has not gained widespread acceptance in the United States, possibly stemming from concerns about increases in procedure time, radiation exposure, and access failure in patients," said Matthew D. Mitchell, Ph.D., senior research analyst in the Center for Evidence-based Practice at Penn Medicine. "This study suggests that the adoption of radial catheterization could be a more viable option for many hospitals and health systems in the U.S., lowering costs and reducing complications for patients."

In the current study, researchers statistically combined the findings from 14 previously published studies that compared outcomes from coronary angiograms and stenting procedures performed through the radial artery versus the femoral artery. They then inserted these combined findings into a cost-benefit simulation model designed to estimate the average cost of care for these procedures. The model took into account differences between the radial and femoral approach in terms of procedure and hemostasis time, costs of repeating the catheterization at the alternate site if the first catheterization failed, and the inpatient hospital costs associated with complications from the procedure. The researchers found the radial approach cost hospitals $275 less per patient than the femoral approach. These findings were robust under all conditions tested in the simulated model.

The analysis also revealed no differences in procedure success rates or major adverse cardiovascular events between the two approaches. In regards to procedure time, the researchers found that the radial approach took on average only one minute and 23 seconds longer than the femoral approach.

The authors note the radial technique would be associated with a real learning curve for many cardiologists in the United States when compared to the femoral artery technique. However, the additional training required and widespread adoption of radial catheterization could result in substantial savings for the United States healthcare system given that over 1 million coronary catheterizations are performed across the country annually.

"The savings from radial catheterization may not be as significant in sites with very low femoral access complications or excessively long radial catheterization times," said Craig A. Umscheid, M.D., assistant professor of medicine and epidemiology, director of the Penn Medicine Center for Evidence-Based Practice, and a co-author of the study. "But overall, our study demonstrated that the savings from reduced vascular complications outweighed the increased costs of longer procedure times and access failure associated with radial artery access by a large margin."

Penn's Center for Evidence-based Practice (CEP) is one of the only comparative effectiveness centers in the United States based in an academic health system instead of in a commercial or government insurer. This feature allows CEP to focus on topics that other centers might overlook, especially topics relating to clinical practice and the quality and safety of care. In its six year history, the center has completed nearly 200 evidence reviews, serving hospital administrators, physicians, and nurses working to improve the quality, safety and value of care across Penn Medicine. Through research publications like this one, Penn CEP is also able to advance evidence-based practice around the world.

The study was funded under National Institutes of Health/National Center for Research Resources grant and the National Institute of General Medical Sciences Models of Infectious Disease Agent Study (MIDAS) grant.