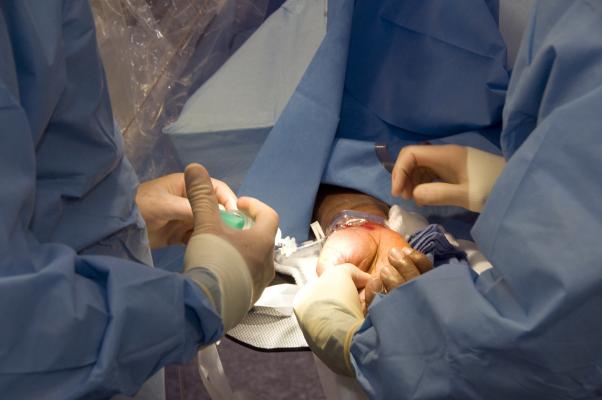 There has been much discussion about how use of transradial access may help reduce costs by cutting hospital admissions, length of stay and observation periods, while also reducing bleeding complications and the need for transfusions. Few centers could offer hard numbers showing these savings, however empirical evidence is now surfacing that these statements are true. The numbers show that transradial programs are impacting several hospitals’ bottom lines.

The economic impact of several transradial programs was shared during a session at the 2012 Transcatheter Cardiovascular Therapeutics (TCT) meeting.

To demonstrate how this translates into savings and efficiency for hospitals, Shroff used the example of his own cath lab.  The average time spent using radial access for diagnostic catheterizations is 54.6 minutes, opposed to 72.5 for transfemoral access. For PCI, transradial cases average 47.2 minutes, as opposed to 91.7 for femoral access. UIC performs about 2,000 PCIs annually, and if all were performed transradial, Shroff said it would save about 980 hours of cath lab time per year. At a cost of $48.40 per hour for use of the cath lab, the financial savings would be close to $50,000 per year.

“I think that kind of savings by just changing the access site is really impressive,” Shroff said. “It’s a quick message that is easy to break down to show the benefits.”

Savings Seen at Other Centers

The Medical University of South Carolina (MUSC) started its transradial program in 2009 and made it routine, said Daniel Steinberg, M.D., assistant professor of medicine, interventional cardiology, associate director of the South Carolina Valve Center, MUSC. While the learning curve for new transradial operators increased procedure times, fluoro and contrast use, their bleeding complication rate dropped by 50 percent in the first year, he explained.  Today MUSC performs about 60 percent of its PCIs using transradial access.

MUSC linked its use of femoral and radial access to billing to track cost comparisons and found reductions in direct and indirect costs, and length of stay for radial access. “We are saving about $1,200 per case using transradial access,” Steinberg said.

While the conversion to radial has saved money, MUSC also hoped to see additional savings with its use for a same-day PCI program. Steinberg said the original version of same-day PCI protocols were too restrictive.  This resulted in only two patients who were actually discharged on the day of their procedures during the first several months of the program.

The Frederik Meijer Heart and Vascular Institute, Grand Rapids, Mich., has about 3,300 PCI cases annually.  The center began tracking its use of access sites and found a savings of about $1,900 per patient using transradial, said David Wohns, M.D., FACC, FSCAI, director, interventional cardiology and vascular interventions, Frederik Meijer Heart and Vascular Institute. He said this savings was partly due to reducing the length of stay to about half a day.

The trend at all hospitals monitoring costs per patient by access sites found similar savings of at least $1,000. Wohns said St. Luke’s Mid America Heart Institute in Kansas City, Mo., realized a savings of $1,100 per patient. Shroff said radial access saved about $1,000 per patient in the EASY study, which included 1,005 patients who underwent transradial PCI.[1]

There is no doubt that healthcare reform will favor programs that can reduce length of stay, use of resources and complications. This will eventually translate into reimbursement restructuring that favors outpatient programs.

“There has been a big shift in the landscape to same-day PCIs,” Shroff said, explaining CMS is promoting outpatient migration for PCI. “Transradial PCI provides value for an outpatient PCI program. Also, there is no doubt in my mind that patients prefer transradial.”

In addition, Shroff said Medicare does not reimburse for observational costs, so there is no monetary difference between monitoring a PCI patient for eight hours as opposed to 23 hours.

CMS utilizes recovery audit contractors (RACs) to detect and correct past improper payments so CMS and insurance carriers can implement actions that will prevent future improper payments. Of the RACs performed, seven out of 10 are for cardiovascular procedures due to the high costs related to cardiolvascular care.

Following RAC audits, centers observe a 30 percent increase in outpatient PCI. Shroff said after these audits, centers find that there are many PCI patients who can be treated under the outpatient classification, who probably were incorrectly classified as “inpatients” before.

“One of the things we want to do is be proactive before we undergo a RAC audit,” Shroff said.

He admits there is a learning curve and realizes many operators are not comfortable doing something they were not trained for in medical school. However, he said it gets easier the more operators use the technique. Steinberg said from MUSC’s experience it takes about 50 PCI cases before operators become proficient at radial procedures.

Shroff said radial complication rates are very low, with radial occlusion being the most prevalent in about 5 percent of patients. However, he said this, too, could largely be avoided with the use of an Allen’s test prior to the procedure.

Radial access is widely used outside the United States, where it is included as part of interventional cardiology training programs. In 2008, a study of the National Cardiovascular Data Registry (NCDR) found radial PCO accounted for about 1.3 percent of all cases in the United States.[2]  There has been a big push in recent years to increase its usage and today it is estimated that transradial is used in nearly 15 percent of PCIs, Shroff said.