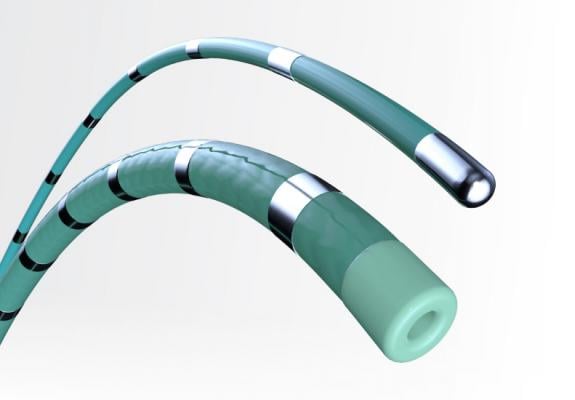 A comparison between the EPstar 2F and 6F catheters from Baylis.

The EPstar catheter family includes a 2 French (F) catheter and a 6F guiding catheter which can be combined to allow deeper coronary sinus (CS) mapping. Deeper electrophysiological examination, including mapping, is often required to aid in the diagnosis of idiopathic ventricular tachycardias, complex atrial tachycardias, and left Wolff-Parkinson-White Syndrome. The 2F catheter also allows mapping and pacing in smaller anatomy such as the Vein of Marshall (VOM).

Miguel Valderrabano, M.D., director of cardiac electrophysiology at Houston Methodist Hospital, was the first North American physician to use the EPstar 2F catheter in a clinical procedure.

“Mapping of the coronary sinus is essential to determine an accurate diagnosis for several cardiac conditions. However, it becomes a challenge as you reach further into coronary sinus small branches, which cannot be reached with conventional catheters,” Valderrabano said. “The availability of a 2F catheter allows us to reach into those smaller areas of the CS and VOM, as well as the anterior interventricular vein at its small branches, to achieve an accurate diagnosis.”

The 2F catheter features a flexible, atraumatic tip, and low energy pacing from the distal electrode. It can be delivered through any venous access point, enabling physicians to tailor their procedure to patient anatomy.

The 6F guiding catheter features two electrode spacing options to tailor the devices to a given procedure and includes a fully braided shaft, providing physicians with greater torque control. The 6F catheter also includes a lumen to allow visualization of coronary sinus anatomy, and is inserted via superior vein access.

The EPstar catheters are expected to launch in the United States in early 2020. 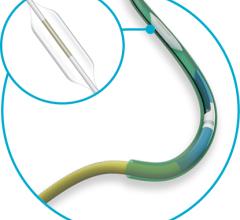 February 25, 2022 – Teleflex Incorporated, a leading global provider of medical technologies, today announced that the U ...