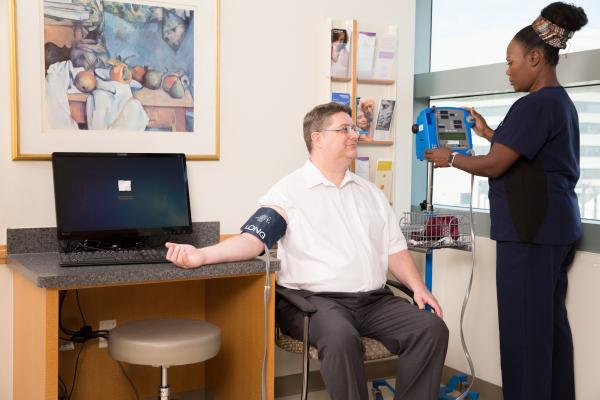 August 20, 2019 — In a study that spanned two and a half decades and looked at data from more than 4,700 participants, Johns Hopkins researchers have added to evidence that abnormal blood pressure in midlife persisting into late life increases the likelihood of developing dementia. Although not designed to show cause and effect, the study suggests that maintaining a healthy blood pressure throughout life may be one way to help decrease one’s risk of losing brain function.

High blood pressure was considered any measurement more than 140/90 millimeters of mercury, whereas low blood pressure was defined as less than 90/60 millimeters of mercury. A cognitive exam, caregiver reports, hospitalization discharge codes and death certificates were used to classify participant brain function and determine cognitive impairment.

High blood pressure can be genetic, but can also be the result of not enough exercise and poor diet. As people age, the top blood pressure number (systolic) oftentimes increases while the bottom number (diastolic) can decrease due to structural changes in the blood vessels. Walker says dementia itself may lead to a lowering of blood pressure, as it may disrupt the brain’s autonomic nervous system. Stiffening of the arteries from disease and physical frailty can also lead to low blood pressure in late life.