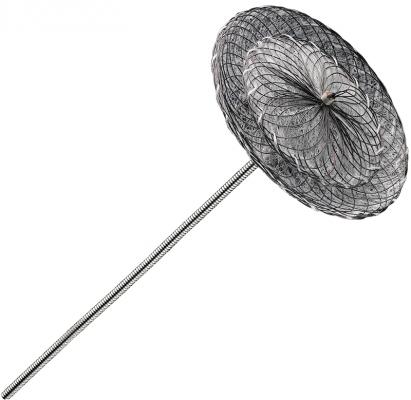 February 1, 2017 — Baylor Heart and Vascular Services at Fort Worth in November became the first program in Texas to implant the Amplatzer PFO Occluder. The device is designed to help reduce the risk of recurrent cryptogenic strokes in patients diagnosed with a patent foramen ovale (PFO) – a small opening between the upper chambers of the heart.

The Amplatzer PFO Occluder is the first and only U.S. Food and Drug Administration (FDA)-approved device designed to close the PFO and lower the risk of stroke caused by dangerous clots passing between the heart chambers and up to the brain.

Normally in a developing fetus, the foramen ovale allows oxygenated blood from the placenta to bypass the lungs. This small, flap-like opening typically closes shortly after birth. When this flap remains open, or "patent," it is referred to as a PFO. A PFO can potentially allow dangerous clots to pass from the right side of the heart to the left, travel up to the brain and cause a stroke. The Amplatzer PFO Occluder is designed to seal the unwanted hole and reduce this risk. It is estimated that 25 percent of adults have a PFO, which is often not detected until they have a stroke from an unknown cause, also known as a cryptogenic stroke. Newly released, long-term data from RESPECT, a landmark clinical trial, showed that patients who received the Amplatzer Occluder had a reduced risk of recurrent stroke by 45 percent over guideline-directed medical therapy alone.

Placement of the device is minimally invasive and performed while the patient is sedated but still conscious. Data from the RESPECT trial also show that PFO closure with the device has a low risk of device or procedure-related complications.