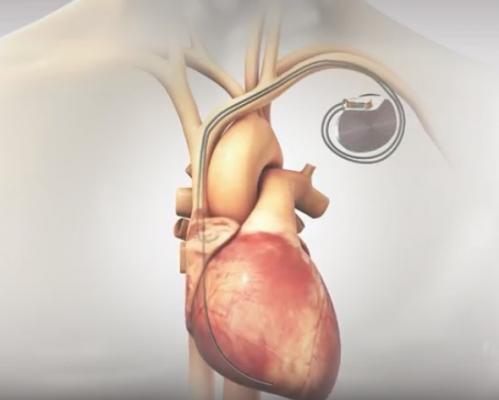 October 2, 2018 — Two-year results of the Moderato I Study demonstrated immediate, substantial and sustained reduction in blood pressure when BackBeat cardiac neuromodulation therapy (CNT) was used in patients with persistent hypertension (office BP > 150 mmHg). Patients in the study had persistent hypertension despite two or more anti-hypertensive medications and an indication for a pacemaker.

"The clinical efficacy and safety data observed with BackBeat CNT in a patient population with a significant portion of isolated systolic disease is very promising. Hypertension affects over 70 percent of pacemaker patients. These patients could benefit substantially from a potent hypertension therapy such as BackBeat CNT that could be included in their already necessary pacemaker,” said Prof. Petr Neuzil, M.D., head of the Department of Cardiology of Na Homolce Hospital in Prague, Czech Republic and one of the principal investigators of the study.

The 27 patients that met the study inclusion criteria were implanted with BackBeat’s proprietary Moderato dual-chamber pacemaker that incorporates the BackBeat CNT algorithms. The primary safety and efficacy endpoint results of the study were as follows:

“These statistically significant results demonstrate the potential for BackBeat CNT to be a broadly applicable therapy that substantially lowers blood pressure immediately and maintains reduced pressures for years,” commented Burkhoff. “It is rare to see a new therapy show such dramatic and sustained effects in such a small number of patients.”

To further investigate the efficacy and safety of BackBeat CNT for the treatment of hypertension, Orchestra BioMed is enrolling patients into a prospective, 1:1 randomized double-blind active treatment (BackBeat CNT) versus standard medical therapy trial, Moderato II. The study will enroll patients with uncontrolled blood pressure (office systolic > 140, day and AMB BP > 130 mmHg) treated with at least one anti-hypertension medication that are indicated for a dual-chamber pacemaker. The primary efficacy endpoint of the first cohort of the study is the comparison of the mean reduction in 24-hour systolic ambulatory blood pressure following 6 months of therapy between the treatment and the control. Primary safety endpoint is the rate of major adverse cardiac event (MACE) at 6 months between the treatment and control.  The company is expecting results on the first cohort of patients in 2019.

BackBeat's CNT is a bioelectronic therapy that immediately, substantially and chronically lowers blood pressure (BP) while simultaneously modulating the autonomic nervous system (ANS).  Mimicking the effects of multiple medications by reducing pre-load, after-load and sympathetic tone, it can be delivered using standard rhythm management device hardware such as dual-chamber pacemakers.