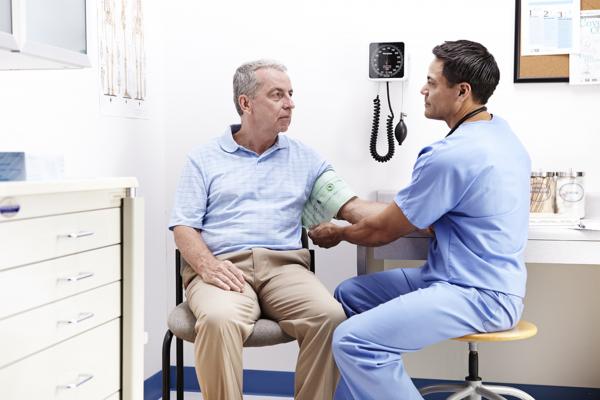 July 5, 2017 — Bayer has enrolled the first patient in a global Phase IV study assessing the clinical effects of riociguat in patients with pulmonary arterial hypertension (PAH). All enrolled patients were being treated with a Phosphodiesterase-5 inhibitors (PDE-5 inhibitors), either as monotherapy or in combination with an endothelin receptor antagonist (ERA), and who did not reach their therapeutic goal. The study, which is a part of the collaboration between Bayer and Merck, is seeking to enroll patients at 26 sites in the United States with a total of 100 study sites worldwide.

Riociguat rEplacing PDE-5i Therapy evaLuated Against Continued PDE-5i thErapy (REPLACE) is an international, multicenter, randomized, controlled, open-label, Phase IV 24-week study to assess the clinical effects of transitioning from a PDE-5 inhibitor to riociguat. The study will enroll 218 patients with PAH who are not at treatment goal and on stable treatment for at least 6 weeks with PDE-5 inhibitor therapy (sildenafil or tadalafil) with or without endothelin receptor antagonist (ERA) combination.

In the study, a patient's inability to reach or maintain their treatment goal is defined as meeting the following classifications: being in World Health Organization Functional Class (WHO FC) III; having a six-minute walk distance (MWD) of between 165 and 440 meters; taking a stable dose of diuretics, if used, for at least 30 days prior to and at randomization; and having pulmonary hemodynamics confirming a diagnosis of PAH. Patients will be excluded from the study if they have forms of pulmonary hypertension other than PAH, have been treated previously with riociguat, or have other clinically significant lung diseases. Patients will be randomized to transition from PDE-5 inhibitors to riociguat or to maintenance of their current treatment regimen.

The primary composite endpoint in this study includes the absence of clinical worsening, and improvement in two out of three of the following parameters: