Study finds being overweight may cause higher blood pressure and changes to the heart’s structure, even in young adults, and efforts to achieve or maintain a normal weight from a young age may help prevent development of heart disease later in life 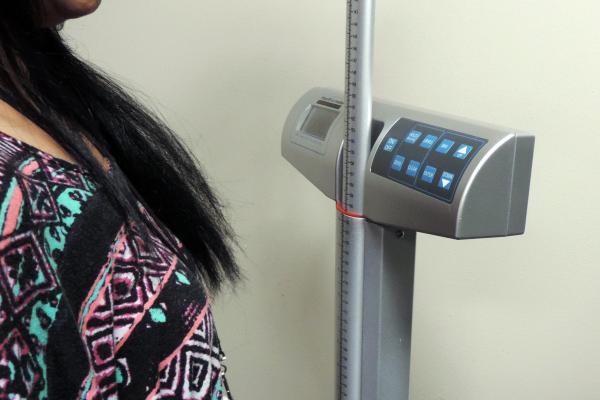 August 3, 2018 — Even as a young adult, being overweight may cause higher blood pressure and thicken heart muscle, setting the stage for heart disease later in life, according to new research in the American Heart Association’s journal Circulation.

The study is the first to explore if higher body mass index (BMI) – a weight-for-height index – results in adverse effects on the cardiovascular system in young adults.

“Our results support efforts to reduce body mass index to within a normal, healthy range from a young age to prevent later heart disease,” said Kaitlin H. Wade, B.Sc., Ph.D., lead author of the study and a research associate at the Medical Research Council Integrative Epidemiology Unit at the University of Bristol Medical School in the United Kingdom.

Researchers used data on several thousand healthy 17-year-olds and 21-year-olds who have participated in the ongoing Children of the 90s study (also known as the Avon Longitudinal Study of Parents and Children) since they were born in the Bristol area of the United Kingdom.

“Thickening of vessel walls is widely considered to be the first sign of atherosclerosis, a disease in which fatty plaques build up within the arteries and lead to heart disease. However, our findings suggest that higher BMIs cause changes in the heart structure of the young that may precede changes in blood vessels,” Wade said.

Two of the analyses used in the study (Mendelian randomization and recall-by-genotype) take advantage of the properties of genetic variation. Recall-by-genotype is novel and exploits the random allocation of genes at conception.

“At a population level, this provides a natural experiment analogous to a randomized trial where we can compare differences in an outcome (such as heart structure and function) with differences in BMI, without the relationship being skewed by other lifestyle and behavioral factors,” Wade said.

Most participants in the longitudinal studies were white, limiting the generalizability of the findings to other ethnic groups.