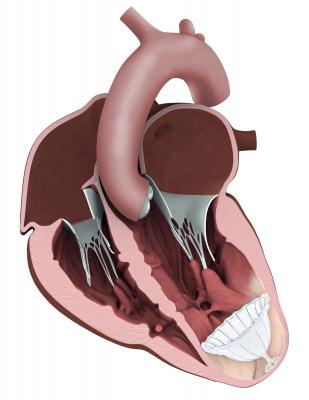 January 15, 2016 — CardioKinetix Inc. announced that it has enrolled more than half of the subjects in its pivotal United States trial, PARACHUTE IV. The trial is evaluating the Parachute device for the treatment of patients suffering from heart failure, a highly debilitating condition.

After a heart attack, many patients experience enlargement of their left ventricle. This causes a decrease in cardiac output and results in heart failure symptoms such as shortness of breath, fatigue, swelling in the legs, ankles and feet, rapid or irregular heartbeat, and reduced ability to exercise. Treatment options for patients whose ventricle has enlarged are limited. The Parachute device offers the first minimally invasive catheter-based treatment to partition the damaged muscle, excluding the non-functional heart segment from the healthy, functional segment to decrease the overall volume of the left ventricle and restore its geometry and function.

“As a physician, I am often frustrated that there is not more that I can do for my patients with heart failure following a heart attack to improve debilitating symptoms,” said Abraham, professor of internal medicine and director of the Division of Cardiovascular Medicine at Ohio State University Medical Center. “The Parachute is an innovative device that holds promise as a breakthrough treatment that could transform quality of life for these patients.”

The Parachute procedure is performed in the catheterization laboratory under limited sedation. Clinical data demonstrates improved overall cardiac function and quality of life for patients treated with the Parachute device.

The Parachute Ventricular Partitioning Device received CE Mark in 2011. In the U.S., the system is an investigational device limited by federal law to investigational use only and is not available for sale. Currently CardioKinetix is enrolling an IDE study in the United States.