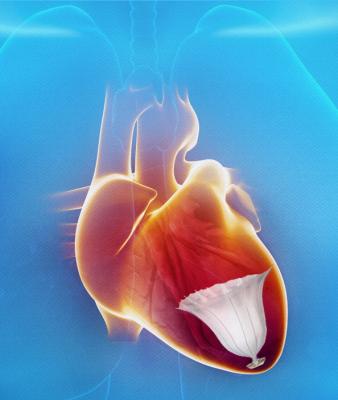 “The results of this pooled analysis, which represents the largest group of patients studied to date, continue to substantiate the Parachute treatment as a viable technology for patients with heart failure,” said Adamson. “As we analyze the longer time points in this population, we are beginning to observe the durable effects of the Parachute device.”

Parachute proves to be a straightforward technology with a high procedural success rate of 96 percent (106/111). The twelve-month highlights from the data include:

“The results of this analysis add excitement about the Parachute treatment, which we believe holds the potential to improve the lives of tens of thousands of patients around the world and reduce the economic burden of heart failure,” said Maria Sainz, president and CEO of CardioKinetix. “As we amass more and more data with this technology, enthusiasm and confidence continue to build around the landmark U.S. randomized clinical trial, which is currently enrolling at 45 centers.”

After a heart attack, many patients experience enlargement of their left ventricle, causing a decrease in cardiac output resulting in heart failure symptoms such as shortness of breath. Treatment options for patients whose ventricle has enlarged are limited. The Parachute device offers the first minimally invasive catheter-based treatment to partition the damaged muscle, excluding the non-functional heart segment from the healthy, functional segment to decrease the overall volume of the left ventricle and restore its geometry and function.