Knowledge of radiation dose and associated risks varies among referring physicians, radiologists and technicians, according to new Canadian study 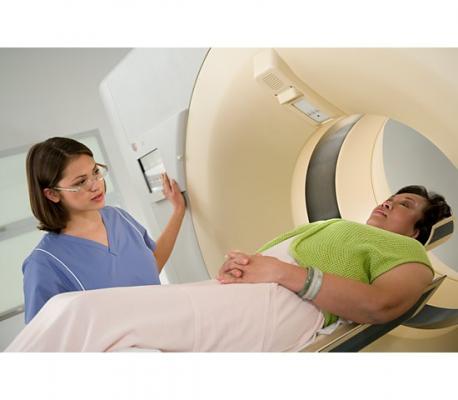 June 27, 2016 — A new study in the Journal of Medical Imaging and Radiation Sciences surveyed doctors, radiologists and imaging technologists regarding their beliefs about radiation exposure from computed tomography (CT). The survey found that while most respondents recognized there is an increased risk of cancer from CT, many underestimated the actual radiation dose.

"Underestimating radiation dose from a CT scan is more concerning than knowing the exact dose level, particularly when it is a vast underestimation, as this may lead to minimization of the risk estimate when considering a test," explained lead investigator David Leswick, M.D., FRCPC, Department of Medical Imaging, College of Medicine, University of Saskatchewan.

The issue of radiation exposure is significant as doctors continue to order CT scans with increasing frequency. In Canada alone, there were an estimated 4.4 million CT scans conducted in 2011-2012. Measured in millisieverts (mSv), the average radiation dose from an abdominal-pelvic CT is 10 mSv, compared to 0.02 to 0.2 mSv from one chest X-ray, meaning that a radiation dose from a CT scan is best approximated as between that from 100-250 chest radiographs.

"Although risk from radiation dose levels in the range of medical imaging procedures is small, it is real as evidenced from atomic bomb survivors and nuclear industry workers showing significantly increased risk of malignancy after exposure to doses in the range of diagnostic CT," said Leswick. "The risk of fatal malignancy may be as high as 1 in 1000 for a 10-mSv exposure (approximate dose of an abdomen-pelvis CT). This risk is significant on a population basis, with up to 2 percent of cancers in the United States population possibly attributable to CT.”

With such a clear risk relationship between radiation exposure and cancer, it is imperative that healthcare providers understand the facts to ensure the benefits outweigh the possible danger when ordering a diagnostic CT. The survey indicated that 93 percent of respondents were interested in radiation dose feedback when considering ordering a CT scan. Automated dose calculation software and radiology information systems can be integrated into electronic ordering, which would give doctors immediate access to information when considering ordering a scan.

While CT scans can be a lifesaving diagnostic tool, they also present a potential danger if they are overused or incorrectly implemented. It is vital that doctors and other healthcare practitioners fully understand the implications of ordering a CT scan and that patients are counseled appropriately about all available forms of testing and the potential radiation exposure involved.

"Unfortunately, healthcare providers including physicians, radiologists and medical imaging technologists are often not aware of radiation doses for common CT scans," concluded Leswick. "It is important for healthcare professionals (including referring physicians, radiologists and technologists) to be aware of radiation dose levels and risks from imaging tests for several reasons, including the ability to weigh the risks and benefits of tests, counsel patients on relevant risks, optimize protocols to minimize radiation dose, and select appropriate protocols to minimize radiation dose.”