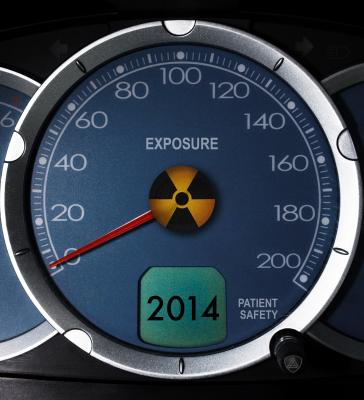 August 19, 2016 — The detonation of atomic bombs over the Japanese cities of Hiroshima and Nagasaki in August 1945 resulted in horrific casualties and devastation. The long-term effects of radiation exposure also increased cancer rates in the survivors. But public perception of the rates of cancer and birth defects among survivors and their children is in fact greatly exaggerated when compared to the reality revealed by comprehensive follow-up studies. The reasons for this mismatch and its implications are discussed in a Perspectives review of the Hiroshima/Nagasaki survivor studies published in the August issue of the journal Genetics, a publication of the Genetics Society of America.

The new data may impact the way people think about ionizing radiation in medical imaging, since most of the safety guidelines regarding X-ray dose is based on the Hiroshima and Nagasaki bombings.

“Most people, including many scientists, are under the impression that the survivors faced debilitating health effects and very high rates of cancer, and that their children had high rates of genetic disease,” said Bertrand Jordan, an author and a molecular biologist at UMR 7268 ADÉS, Aix-Marseille Université/EFS/CNRS, in France. “There’s an enormous gap between that belief and what has actually been found by researchers.”

Jordan’s article contains no new data, but summarizes over 60 years of medical research on the Hiroshima/Nagasaki survivors and their children and discusses reasons for the persistent misconceptions. The studies have clearly demonstrated that radiation exposure increases cancer risk, but also show that the average lifespan of survivors was reduced by only a few months compared to those not exposed to radiation. No health effects of any sort have so far been detected in children of the survivors.

Approximately 200,000 people died in the bombings and their immediate aftermath, mainly from the explosive blast, the firestorm it sparked and from acute radiation poisoning. Around half of those who survived subsequently took part in studies tracking their health over their entire lifespan. These studies began in 1947 and are now conducted by a dedicated agency, the Radiation Effects Research Foundation (RERF), with funding from the Japanese and U.S. governments. The project has followed approximately 100,000 survivors and 77,000 of their children, plus 20,000 people who were not exposed to radiation.

This massive data set has been uniquely useful for quantifying the risks of radiation because the bombs served as a single, well-defined exposure source, and because the relative exposure of each individual can be reliably estimated using the person’s distance from the detonation site. The data has been particularly invaluable in setting acceptable radiation exposure limits for nuclear industry workers and the general public.

Cancer rates among survivors were higher compared to rates in those who had been out of town at the time. The relative risk increased according to how close the person was to the detonation site, their age (younger people faced a greater lifetime risk) and their sex (greater risk for women than men). However, most survivors did not develop cancer. Incidence of solid cancers between 1958 and 1998 among the survivors were 10 percent higher, which corresponds to approximately 848 additional cases among 44,635 survivors in this part of the study. However, most of the survivors received a relatively modest dose of radiation. In contrast, those exposed to a higher radiation dose of 1 Gray (approximately 1,000 times higher than current safety limits for the general public) bore a 44 percent greater risk of cancer over the same time span (1958-1998). Taking into consideration all causes of death, this relatively high dose reduced average lifespan by approximately 1.3 years.

Although no differences in health or mutations rates have yet been detected among children of survivors, Jordan suggests that subtle effects might one day become evident, perhaps through more detailed sequencing analysis of their genomes. But it is now clear that even if the children of survivors do in fact face additional health risks, those risks must be very small.

Jordan attributes the difference between the results of these studies and public perception of the long-term effects of the bombs to a variety of possible factors, including historical context.

“People are always more afraid of new dangers than familiar ones,” said Jordan. “For example, people tend to disregard the dangers of coal, both to people who mine it and to the public exposed to atmospheric pollution. Radiation is also much easier to detect than many chemical hazards. With a handheld geiger counter, you can sensitively detect tiny amounts of radiation that pose no health risk at all.”

Jordan cautions that the results should not be used to foster complacency about the effects of nuclear accidents or the threat of nuclear war. “I used to support nuclear power until Fukushima happened,” he said. “Fukushima showed disasters can occur even in a country like Japan that has strict regulations. However, I think it’s important that the debate be rational, and I would prefer that people look at the scientific data, rather than gross exaggerations of the danger.”