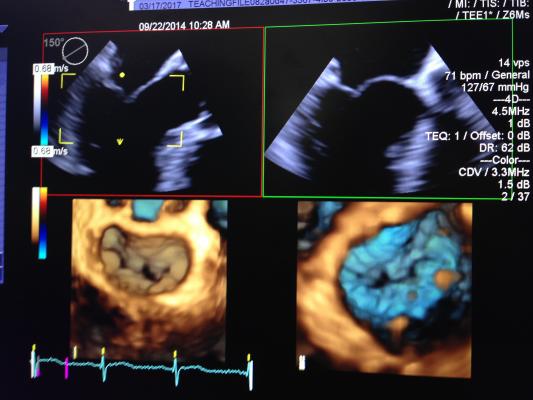 July 26, 2018 — The number of patients undergoing mitral valve operations are at an all-time high, and new research suggests many patients do not undergo surgical intervention until it is too late to completely reverse damage caused by mitral valve disease. The study is posted online in The Annals of Thoracic Surgery.

“This study shows that a significant number of patients are still referred for mitral valve surgery later than they should be,” said James S. Gammie, M.D., from the University of Maryland School of Medicine in Baltimore. “In these cases, the malfunctioning mitral valve has caused significant damage to the heart and/or lungs, and while an operation can be performed, long-term outcomes will be compromised, to some extent.”

The researchers identified 87,214 patients at 1,125 centers who had isolated primary mitral valve operations from July 2011 to September 2016. The average age of patients in this group was 64 years; half were female. During the study period, the number of mitral valve operations performed per year increased by 24 percent, from 14,442 in 2011 to 17,907 in 2016. There was a 44 percent increase in primary mitral operations performed for degenerative disease, the most common form of mitral valve disease in the United States.

“This suggests that the mitral valve disease may have reached a chronic stage prior to referral for operation, which means that heart and lung damage may not be fully reversible,” explained Badhwar. “In these patients, their symptoms may improve after surgery, but their life expectancy may be reduced.”

The mitral valve is the inflow valve between the lungs and the left ventricle, the main pumping chamber of the heart. This valve allows blood to enter the heart from the lungs when the heart muscle is relaxing and also prevents backflow of blood when the heart squeezes. Mitral valve diseases include mitral regurgitation (leaking) and mitral stenosis (narrowing), which may cause fatigue and shortness of breath.

“Once the leakage is severe, heart damage may result, thus mitral valve operation is recommended,” said Badhwar. “The preferred operation is mitral repair, whenever possible. If performed in a timely manner, the patient’s heart function and life expectancy may return to normal.”

“We found that the number of operations performed for mitral valve disease is growing faster than any other category of heart operation and that the results were excellent with low risks of death and complications,” said Gammie.

“This may suggest important under-referral and under-treatment of mitral valve disease, which may be related to the slower progression of signs and symptoms of mitral compared to aortic disease, as well as potential lack of adherence to guidelines for intervention,” said Gammie. “So although contemporary outcomes are excellent, there remains an important and substantial opportunity to improve results for patients with mitral valve disease by following established guidelines and encouraging earlier referral for operation.”