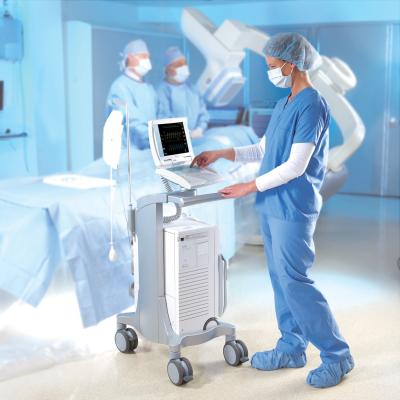 June 20, 2017 — The U.S. Food and Drug Administration (FDA) said Maquet/Datascope is voluntarily performing a worldwide field correction of certain intra-aortic balloon pumps (IABPs) for a potential electrical test failure code. This field correction also applies to any System 98 or System 98XT IABP that was converted to a CS100i or CS300 IABP.

Datascope received a complaint that has been associated with a patient death due to the failure of the device to initiate therapy. This complaint involved a CS300 IABP that did not pump due to an electrical test failure code #58 (power up vent tests fail), maintenance code #3, and an autofill failure. An electrical test failure code #58 is caused by a solenoid valve requiring more power than the solenoid driver board can deliver to open the valve.

Patients receiving IABP therapy are in critical condition and sudden interruption of therapy could result in unsafe, hemodynamic instability.

Maquet has told end-users that the risk-benefit of using an affected CS100i, CS100 or CS300 IABP should be assessed by the medical team for each patient when no alternative IABP or alternative therapy is available. The company said clinicians should not leave the patient unattended during IABP therapy.

Until the service is performed, Datascope recommends powering on the IABP prior to inserting the IAB catheter to allow the IABP to successfully complete its self-test. This action will take less than 60 seconds to perform. In the event the IABP fails to successfully complete the self-test and exhibits electrical test failure code 58, please remove the IABP from service and contact your local Maquet/Getinge sales and service office.
A service representative from Datascope will be replacing the defective solenoid driver boards. Customers having affected IABP unit(s) will be contacted by a representative of the Maquet/Getinge service team to schedule on-site service.

For additional information regarding this field correction, contact the customer service department at 1-888-627-8383 and press 2 (Monday through Friday from 8 a.m. to 6 p.m. EDT).